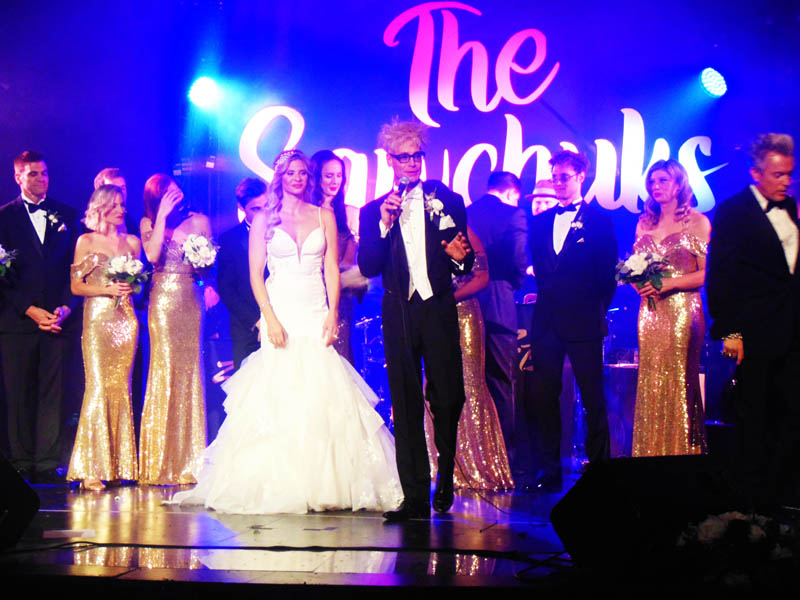 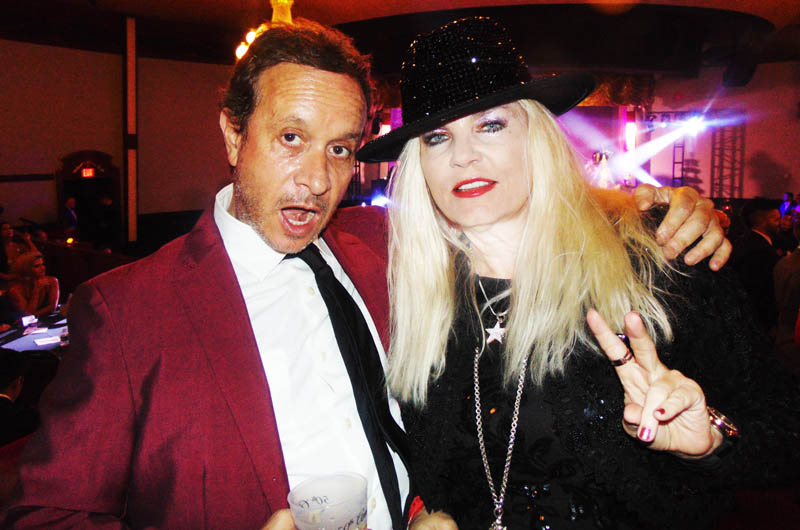 I was the first to say that! Actually I told Murry Sawchuck I was looking forward to The Wedding of the Century! This bash was off the hook! With the post pandemic slowly bringing people out, leave it to 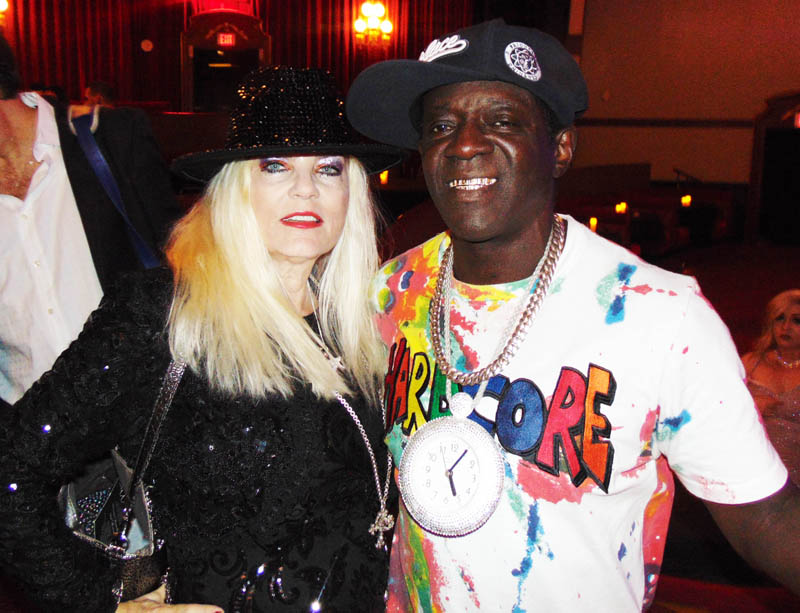 Murray to pull something spectacular off to bring everyone together! With his amazing lovely bride Dani Elizabeth Flahive by his side (I just love her!) The newly wedded Sawchucks pulled out all the stops! The guest list went on and on with the “Who’s Who” in the entertainment field which included Pauly Shore, Flavor Flav,  the “Pawn” 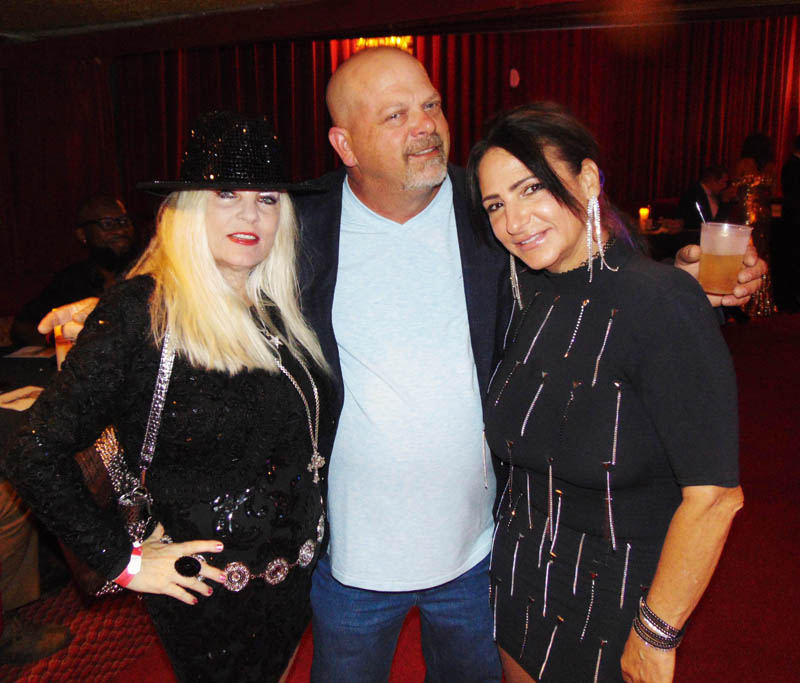 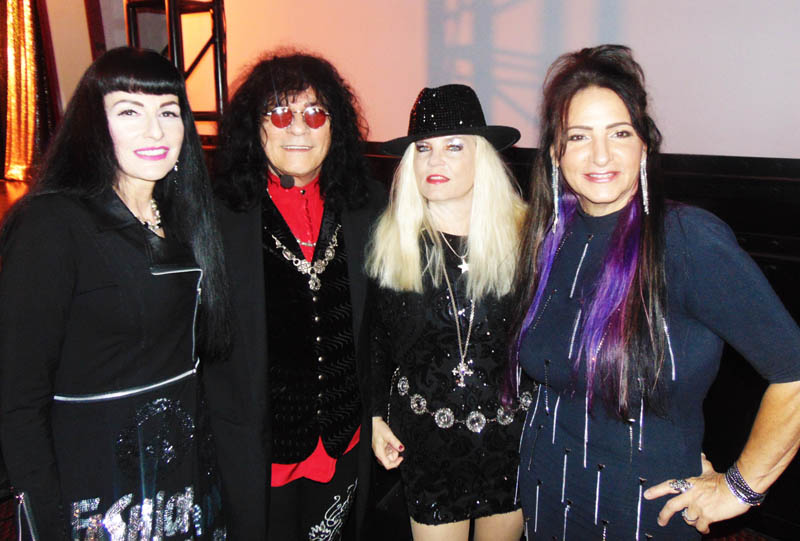 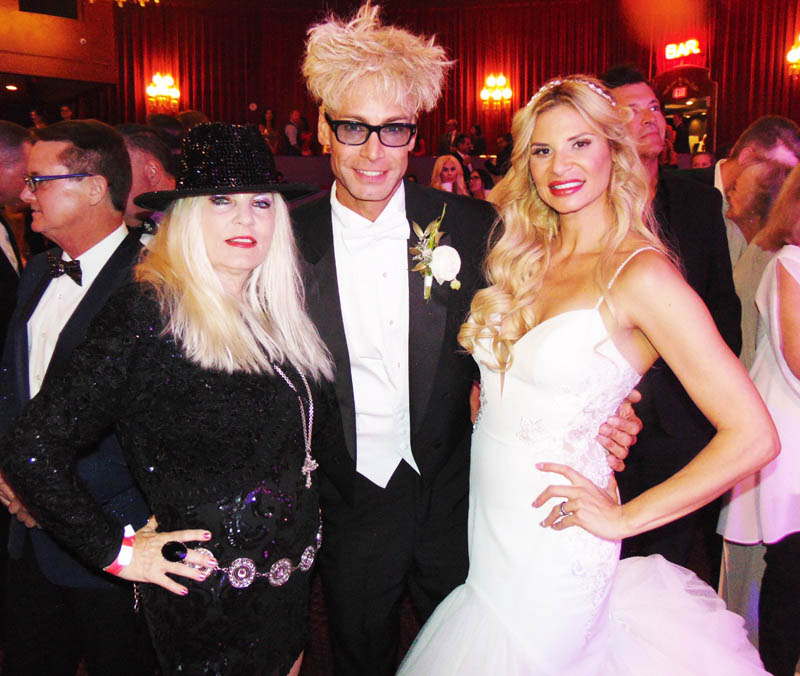 Paul Shortino of Rough Cutt, Quiet Riot and Raiding the Rock Vault fame, was officiant. What a great job Paul did! He was really awesome with many humorous pledges the newlyweds had to agree to. Very entertaining Paul! Murray’s handsome sidekick at Laugh Factory at the Trop, Doug “Lefty” Leferovich was his best man. And it was an overload of cuteness as Murray’s little dog ran to him carrying the rings to him as the official ring bearer! 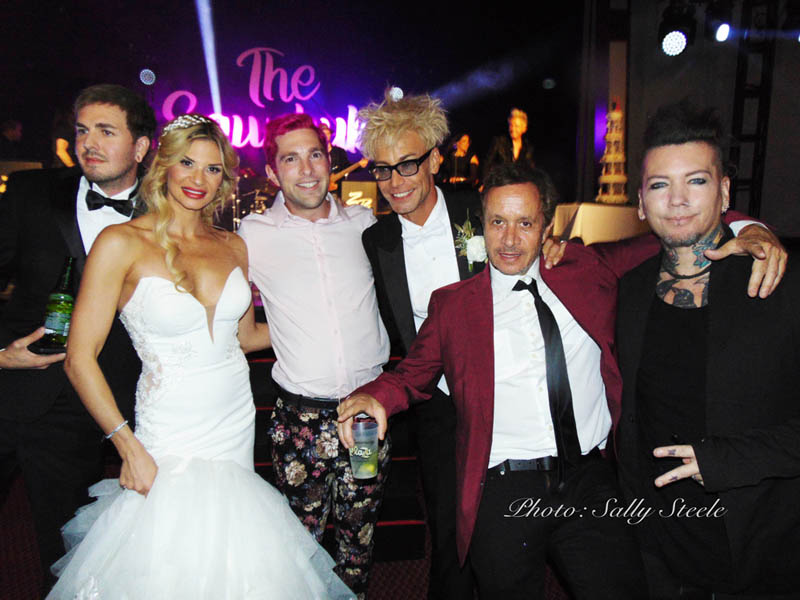 The Zowie Bowie Wedding Band knocked it out of the park! Everybody loves Chris Phillips! Chris performed everything from standards, rock and disco. I really loved dancing to Casey and the Sunshine band songs he and his band did! Vegas is so lucky to have such a talented humble handsome entertainer like Chris! 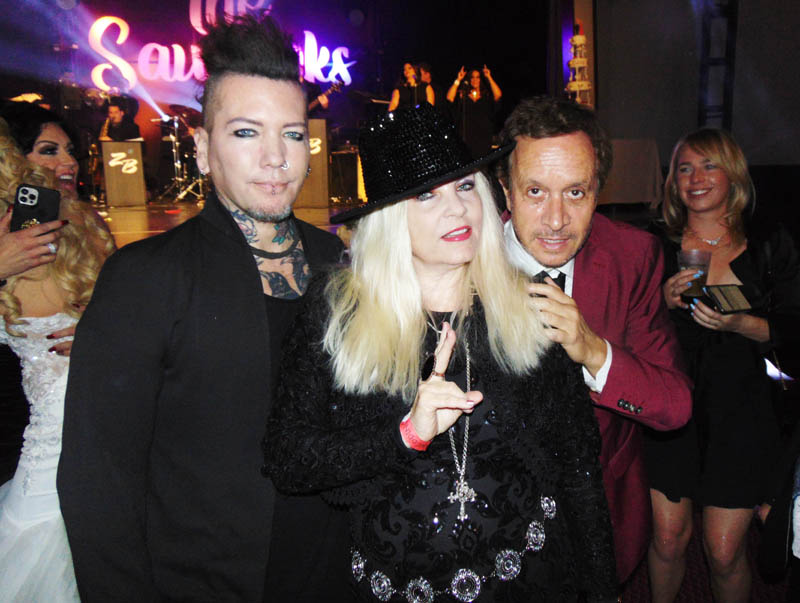 And let me tell you Michael Shapiro, Zowie Bowie and John Kats from the Review Journal went onstage together and sang Viva Las Vegas and they were a hit! What a treat! Keep your eyes peeled with this trio to entertain in a Strip Venue near you! LOL Me and Val danced the night away! I tried to get Pauly Shore to dance but he wouldn’t, haha. 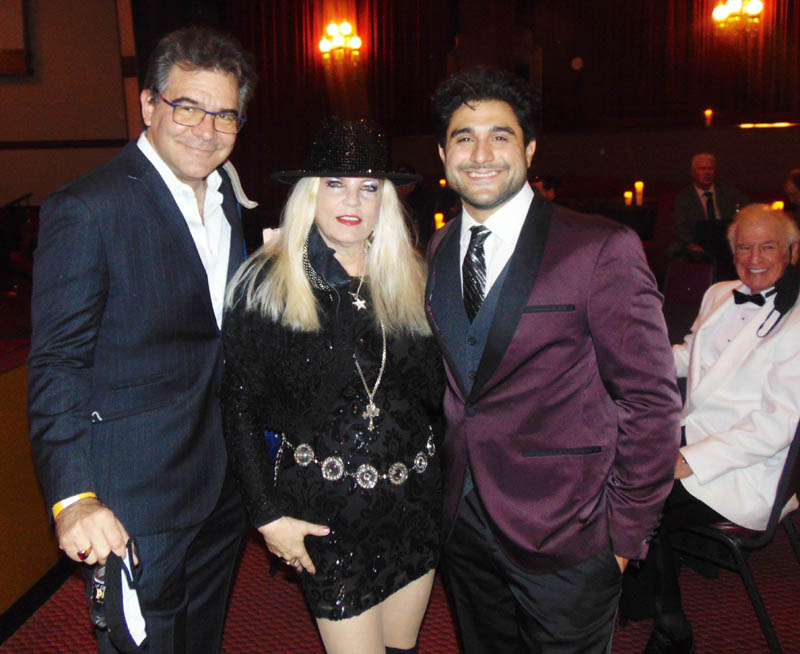 I was nudged up for the bridal bouquet toss so I went up for giggles. I saw Dani peek around her shoulder to see where her sister Alexandra Flahive, was positioned so even though I was in the front, I didn’t even budge and just watched her sister run to catch it. The garter toss was hilarious. When Murray tossed it out a man with long hair and sunglasses was the receiver – UNTIL- a guy named Steven Briggs went and snatched it out of his hands and then put it in his mouth and jumped onstage pretending to be the victor! I went up to the real “victor” who was getting a drink at the bar and I said: “Hey, that wasn’t fair! You were the winner of the garter!” To which he replied: “I don’t care… he doesn’t have a mullet like mine though!” and we both laughed. 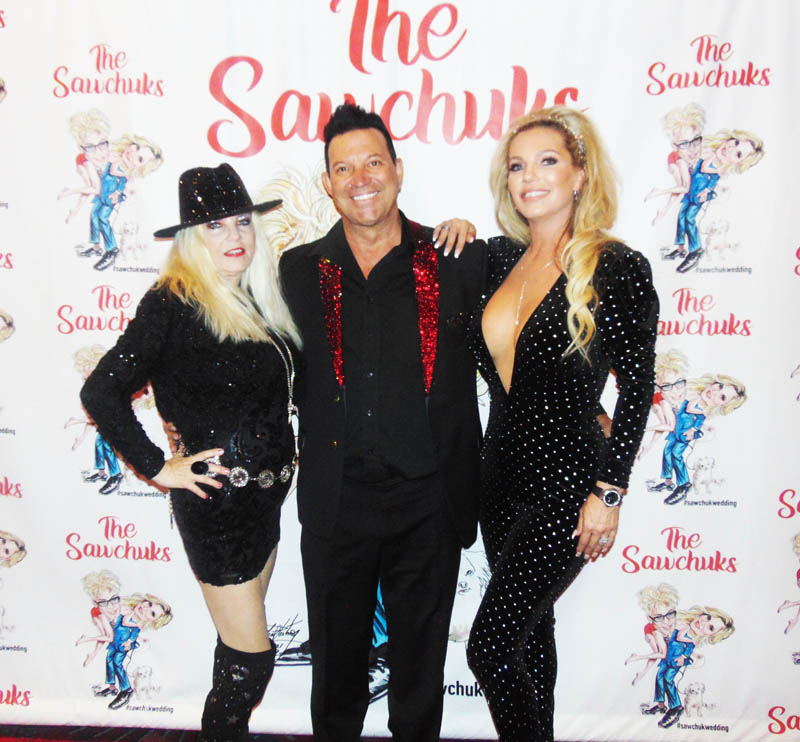 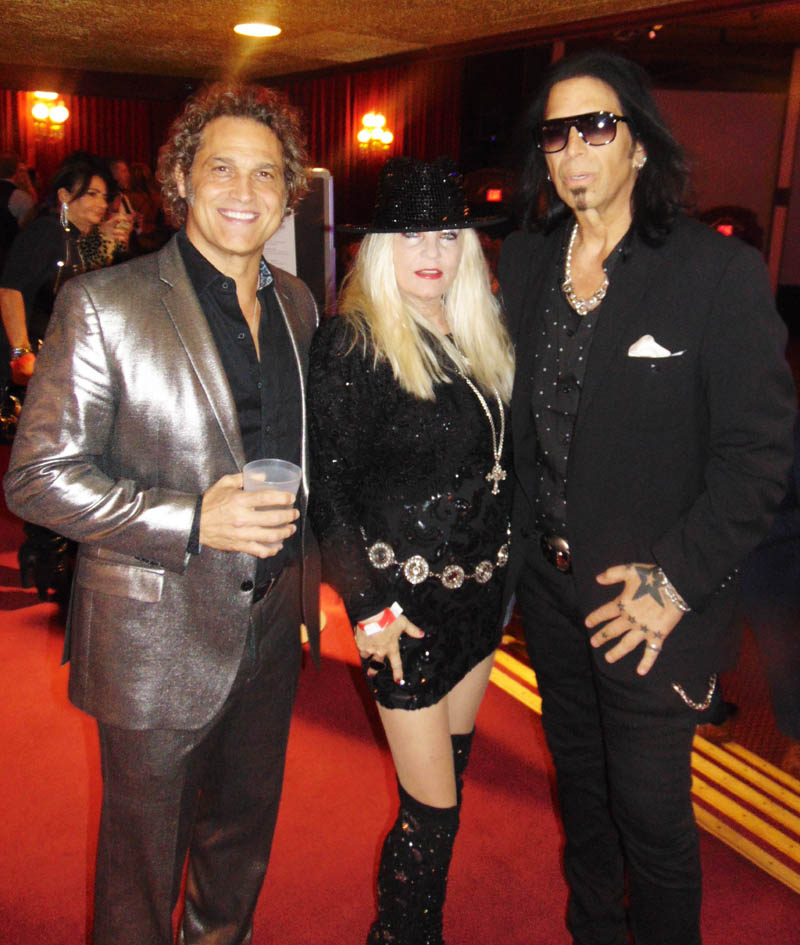 There was close to about 400 guests that filled the Plaza Showroom for the celebration and it seemed there was never a dull moment that was for sure! Murray even pulled off some amazing magic tricks in the middle of all the excitement!  I have gone to many of Murray’s amazing parties and he and Dani have attended a few of mine.   And he is always pulling off something great and I felt so lucky to be included  in his wedding gala celebration.  What a magical day it was! 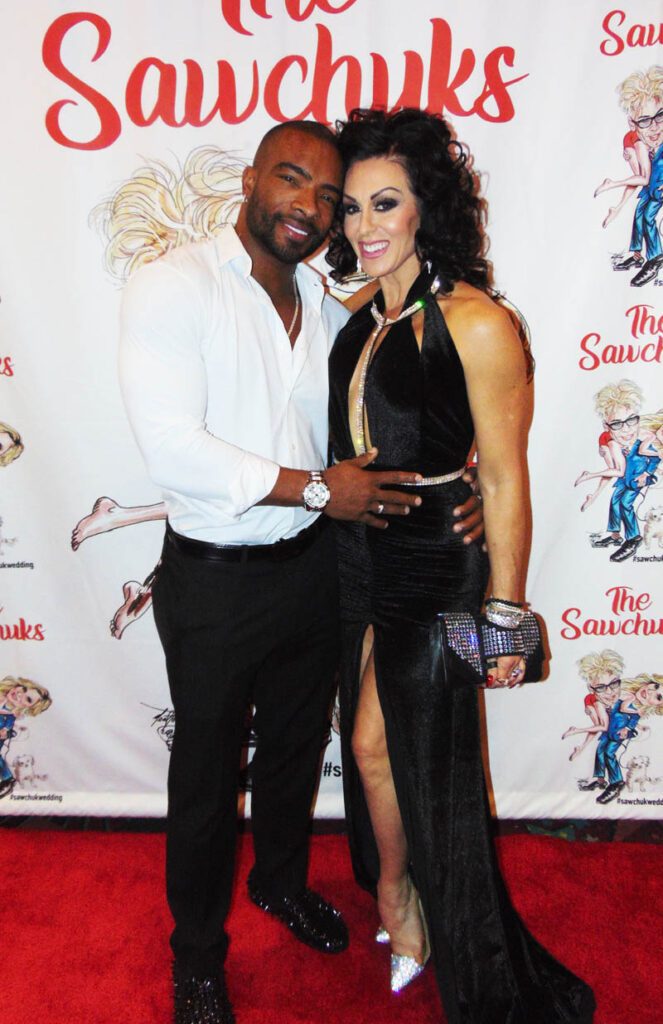 We love you Murray! Congrats to you and Dani! So happy for the both of you! Thanks for including me in your Vegas wedding of the year! 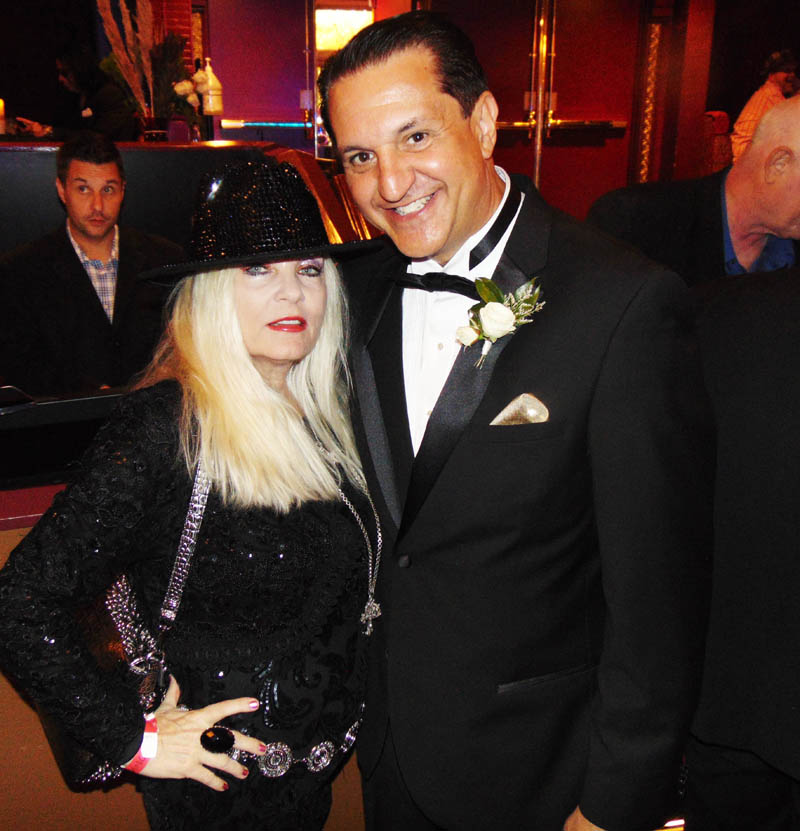 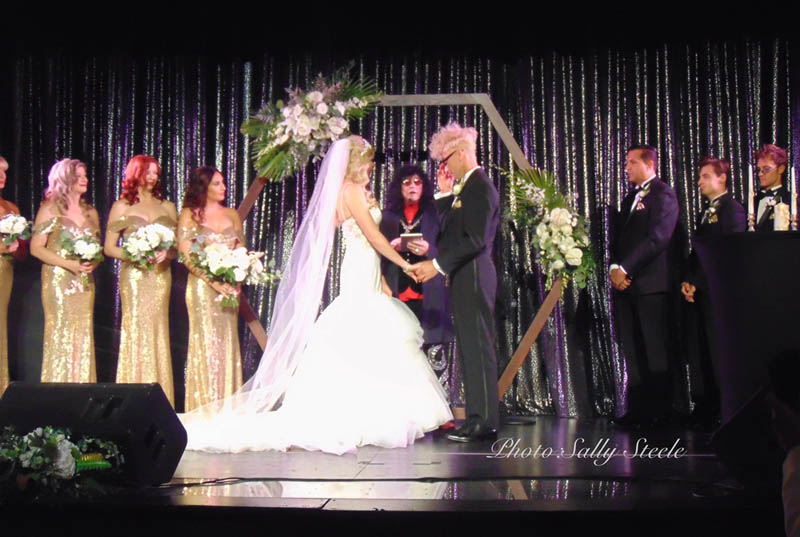 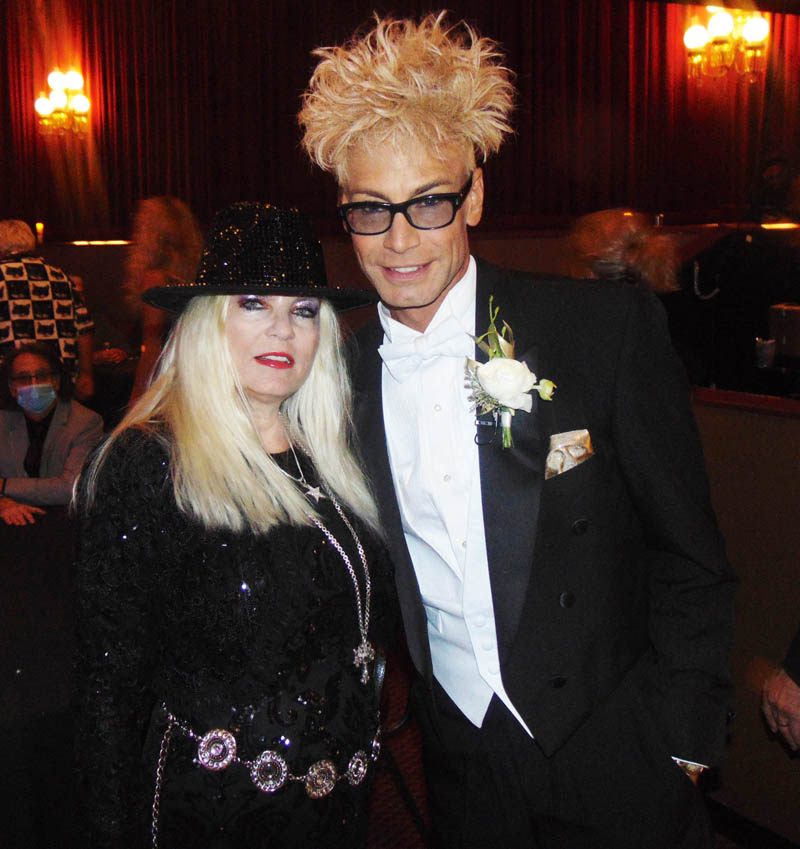