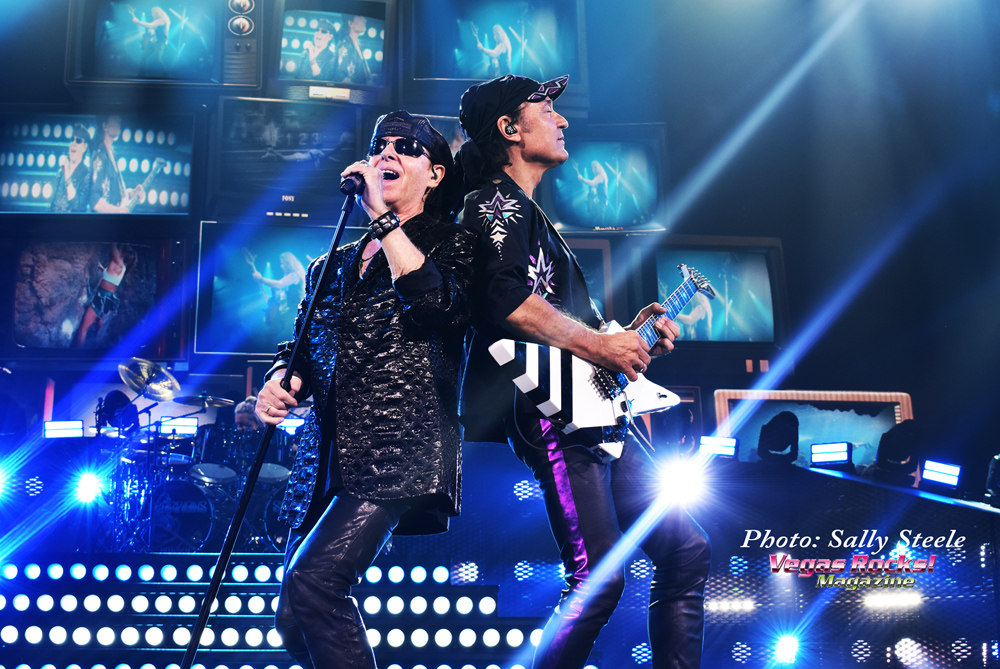 I had been waiting patiently for my heroes to return to Sin City after cancellations due to Covid. But this past April my hopes were fulfilled as Scorpions took over the Zappos Theatre at Planet Hollywood for their residency dates! I reached out to front man Klaus Meine to request tickets and passes and he said he would make it happen. I hadn’t even replied back to thank him before I saw a call coming in from Germany. It was Scorpions Tour Manager Alex Malek to let me know I would be taken care of for sure with tickets and All Access passes and whatever I needed. 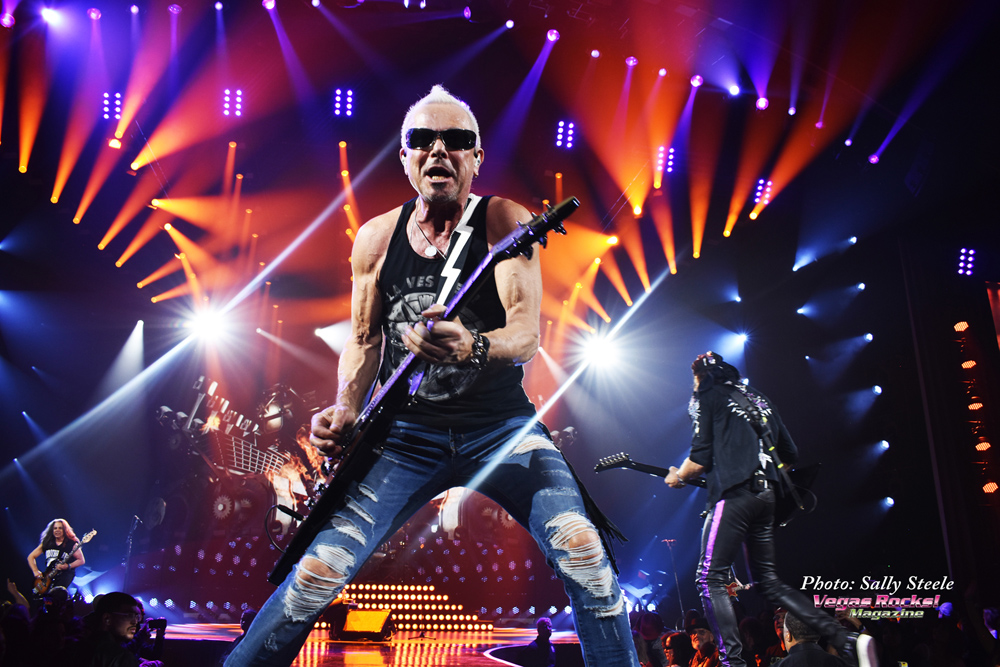 So Sunday came around and I took Paul Casey and Joy and Stephen Tippins. Joy St. John has been madly in love with Klaus since she was a teenager with pictures of him all over her walls. So I knew she would be excited to meet him in person. I was in touch with Alex when we arrived early by 4:30. I went to the box office and the tickets and guest passes had not gotten there yet. I knew the meet and greet was at 6 and I wanted to catch all the guys for photos. But by 6:30 there were still no band guest passes yet. We finally got them at about 6:45 but the meet and greet was over. I was livid. The production office was just too slow to get the passes to the box office. And it took forever to find Alex  because he went out to meet us but when he got there we were finally in the venue and it was a game of cat and mouse trying to meet up. He took us backstage but everyone had scattered. We went up to see Rudolf Schenker in his dressing room and I could not hide my disappointment missing everyone. Rudolf called Alex in and started yelling at him in German. Poor Alex. I didn’t know what was being said but I knew it was not good.  Rudolf said he would do an interview with me and we could come back to see the show later in the week. He told me he liked what I was wearing and said to wear that for our interview. To add to the night’s distress, Joy and Stephen stepped out for a cigarette and Paul had their tickets and they only had VIP passes and couldn’t get back in! They missed the entire show! 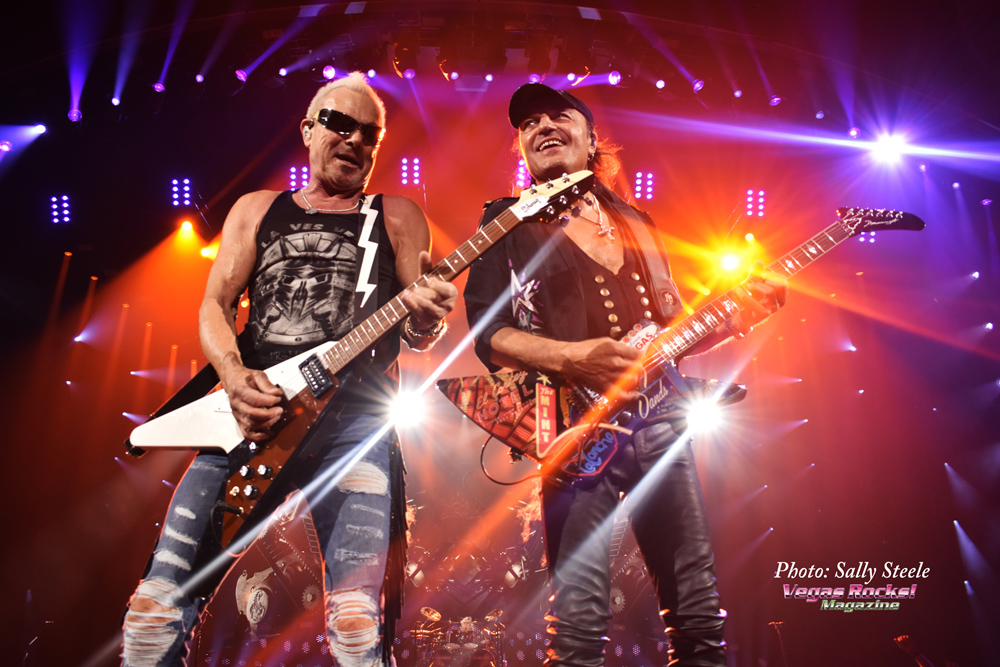 Wednesday was the day set for the interview with Rudolf but it was a long wait. Rudolf was doing a photo shoot in Red Rock leaping up in the air for hours and our appointment was for 7:30 and I was already at the Waldorf Astoria waiting for him. Alex said it would be more like 10pm. So I went next door to CVS to grab a sandwich and made a little picnic table out of the upscale coffee table in the lobby of the WA. 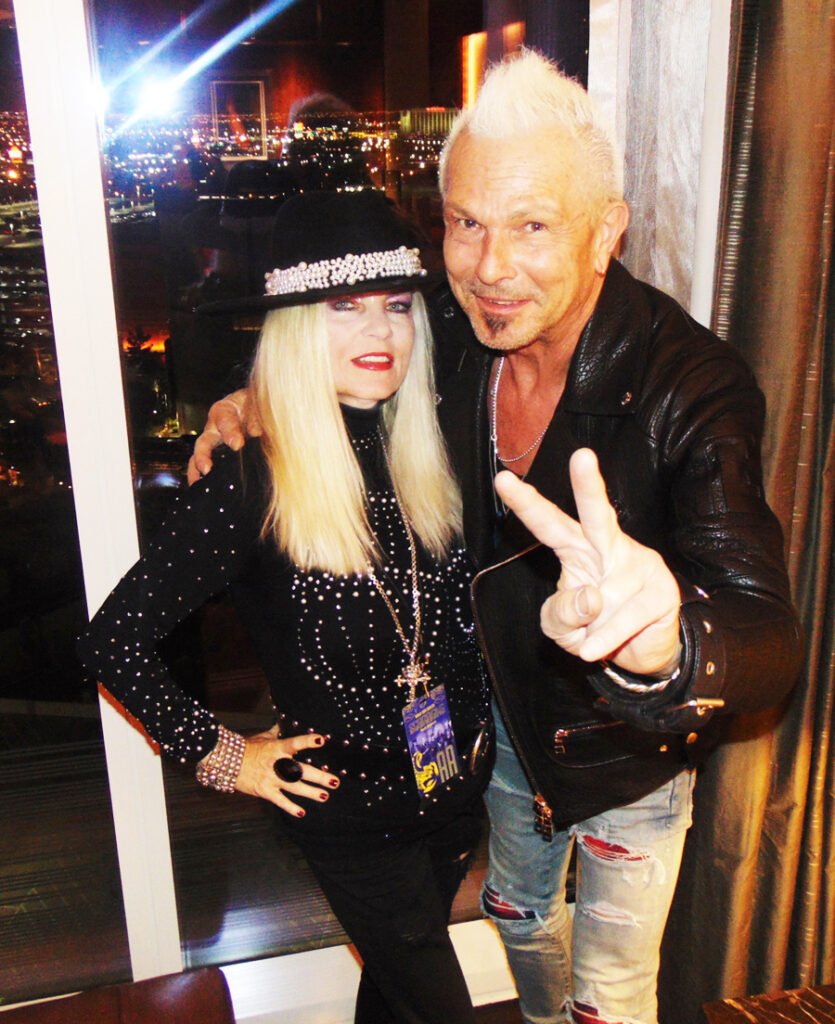 It was so good to see Rudolf! I first interviewed Rudolf in 2010 and we had so much to catch up on since I last saw him at my Vegas Rocks! Magazine Music Awards show in 2016. The interview in Rudolf’s suite was a blast. We laughed and he is so animated and charming. The interview will be up on VegasRocksTV.com soon!

Thursday I wore the same clothes for the third day as that was my original outfit for the meet and greet photos. We all got in with no problem and it was great to see Klaus and the guys and catch up. 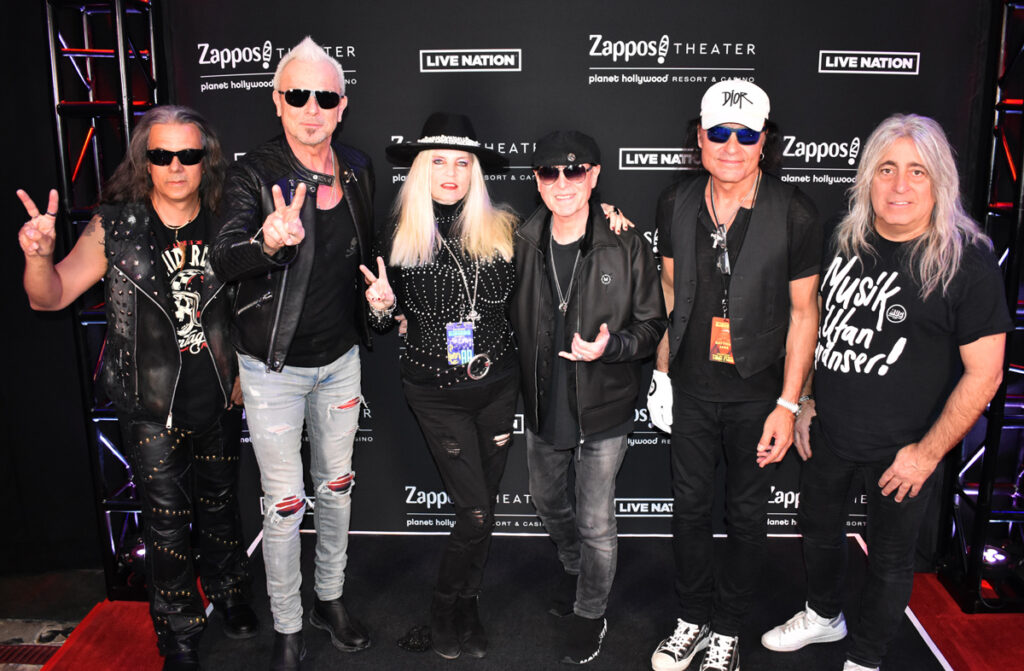 Then it was time to ROCK! From what I could see it was a sold out show. When the curtain dropped it revealed the legendary rock act who have ruled the rock era for over 40 decades! Klaus’voice was as powerful as ever and Rudolf was jumping and running up and down the stage like a teenager with his flying V wailing with every note! They played so many of their hits that brought back memories including “The Zoo”, ”Winds of Change”, “No One Like You”, “Rock You Like a Hurricane” and my two favorites of the evening “Blackout” and “Big City Nights”. Matthias Jabs was in top form on guitar alongside Rudolf and Klaus. Pawel Maciwoda held down the bass duties in style and everyone’s pal Mikkey Dee was keeping the powerful beat to back up the most legendary German rock band in existence. I must admit I do miss my buddy James Kottak on drums but Mikkey Dee is a legend himself for backing up the legendary Lemmy Kilmister in Motorhead. 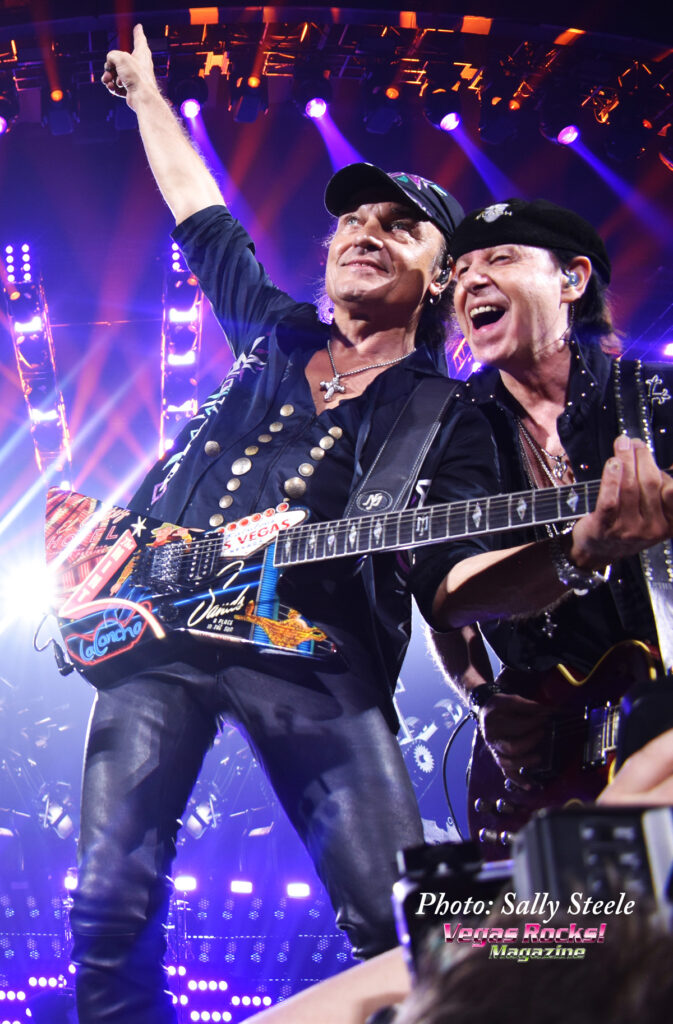 I hold a very special place in my heart for Klaus and Rudolf after many years of personal experiences with them and those memories. And I look forward to the day they return to rock us here in Sin City once again!

Special thanks to Klaus for the All Access passes and tickets, to Rudolf for his friendship and great interview and to Alex for all his hard work and headaches!

Until next time Scorpions rule Vegas! 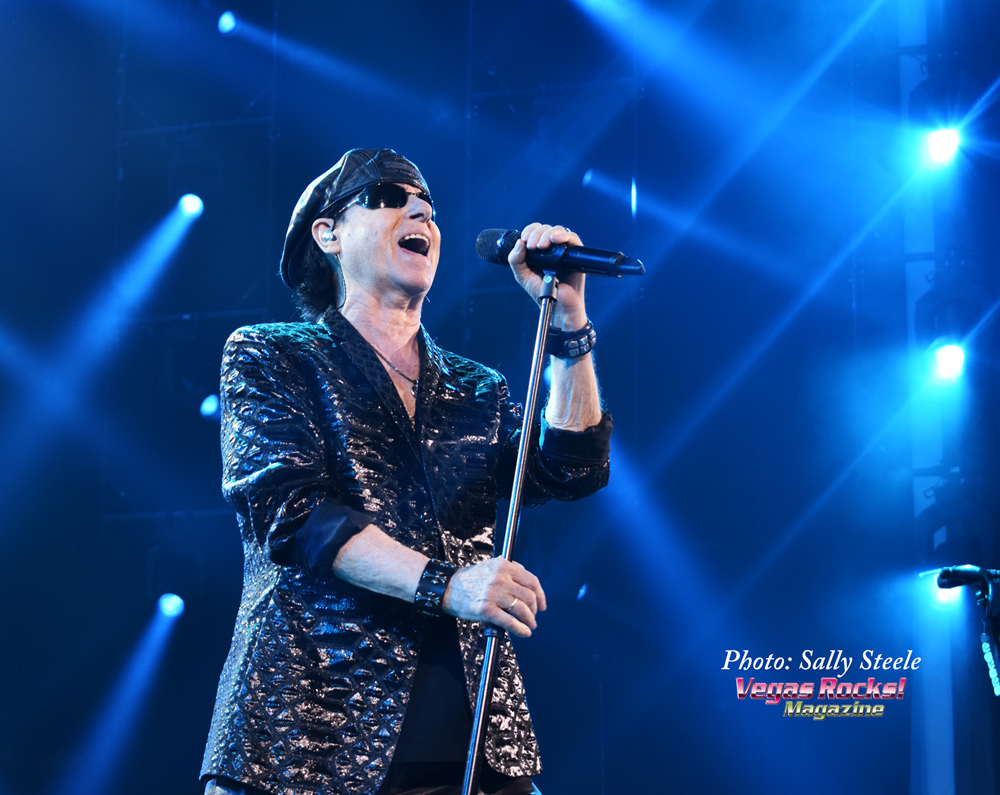 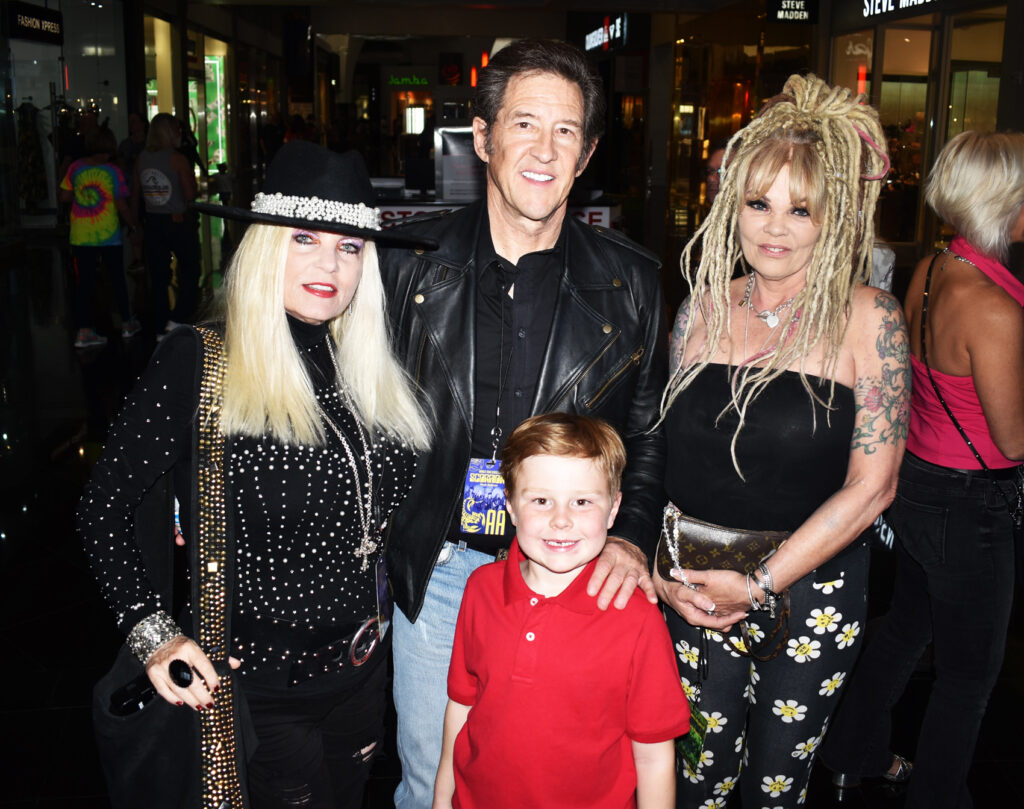