MEATLOAF DEAD AT 74. Well this is a shock.

Meat Loaf, the singer and actor whose “Bat Out of Hell” album became one of the best-selling of all time, has died at the age of 74. This all seems so sureal as I just listened to the interview I did with him back in 2013. (Video is here: https://youtu.be/CWtlsidCW0w )

“Our hearts are broken to announce that the incomparable Meat Loaf passed away tonight with his wife Deborah by his side,” a post published on the star’s official Facebook page early Friday said. The cause of death is still unclear. 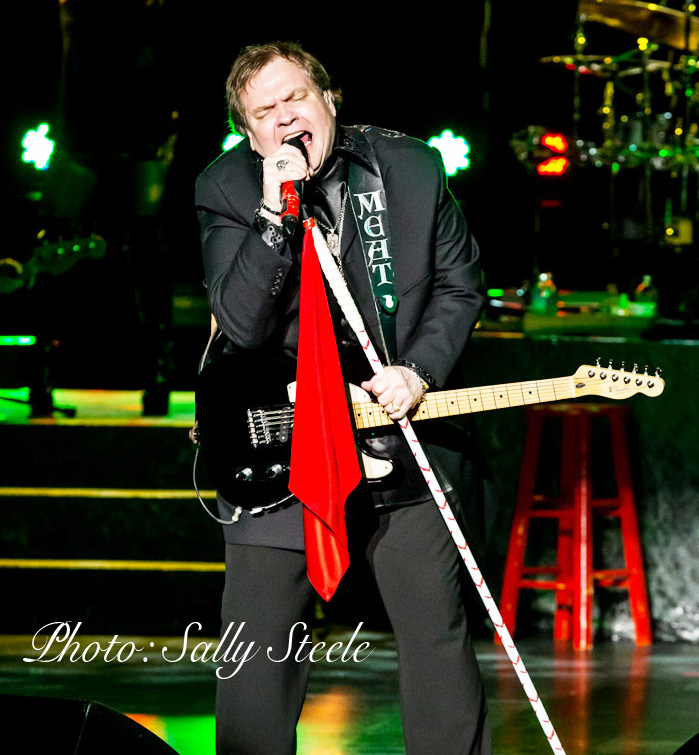 Born Marvin Lee Aday, the rock musician‘s career spanned six decades across the music and film industries. He was beloved by fans and soared to unlikely rock stardom with theatrical, dark-hearted anthems and an iconic long-haired look.

He was also known for the song “I’d Do Anything for Love (But I Won’t Do That)” and for playing Eddie in the cult film “Rocky Horror Picture Show,” with his show-stopping song “Hot Patootie (Bless My Soul).

I feel fortunate to have spent time with the great artist and see him perform here in Las Vegas back in 2013. RIP Meat.

FALLING IN REVERSE guitarist Derek Jones has died at the age of 35.

His passing was confirmed by singer Ronnie Radke, who tweeted out four photos of Jones earlier today and included the following message: “I’ll never forget when you picked me up from jail in your old tour van to start FALLING IN REVERSE. Your spirit will be interwoven through the music I write forever. Rest in peace Derek Jones. My heart is broken.”

Jones joined FALLING IN REVERSE in 2010 and appears on all four of the band’s albums.

Prior to hooking up with FALLING IN REVERSE, Jones was a member of the hardcore act A SMILE FROM THE TRENCHES.

Last November, Jones’s fiancée, Christina Cetta, passed away after a battle with cancer.

After Cetta’s cancer returned in March 2019, Jones launched a GoFundMe campaign to raise $100,000 needed for her treatment. FALLING IN REVERSE gave special shirts to fans who donated. At the time, Derek stated about Christina: “She is my life and the best thing to ever happen to me. We’ve been together 10 years and I’m looking forward to 100 more

MÖTLEY CRÜE is still waiting for an official word about a possible postponement of the band’s “The Stadium Tour” with DEF LEPPARD, POISON and JOAN JETT & THE BLACKHEARTS.

Most concerts and festivals have been canceled or rescheduled due to the coronavirus pandemic that is sweeping the globe. Shows aren’t going to happen in April and May, and several major events that were slated to happen this summer have been called off. And with each passing day, more summer tours are in greater jeopardy of being scrapped, including “The Stadium Tour”.

On Tuesday (April 21), MÖTLEY CRÜE shared a photo of a live-performance scene from its “The Dirt” biopic and included the following quote from the movie: “We wanna knock people on the asses, we gotta give them a show.” In a reponse, a fan commented: “Cancel the tour already so your fans can get their money back. No tours are happening this year. Do the right thing. BON JOVI did”. To which MÖTLEY CRÜE replied: “Bands don’t decide this. We await info as well.”
nother fan chimed in: “Is this stadium tour on or off? So confusing with everyone saying different things. Governor said no shows till 2021 so what’s going on? I have VIP” MÖTLEY CRÜE responded: “No one has said anything as yet.”

VOLBEAT’s Michael Poulsen spoke to Meltdown of Detroit’s WRIF radio station about how he is dealing with the coronavirus pandemic, which has infected more than two and a half million people globally. The Danish singer said: “The whole world is a little bit weird and crazy these days. But I’m just happy that my family and friends and people around me are doing good. So, yeah, I don’t have anything to complain about, even though times are getting tough and weird. But hopefully mankind can learn a thing or two about treating the whole world the right way.”

Asked what advice he would like to give to VOLBEAT fans about dealing with life during the coronavirus crisis, Michael said: “I can’t really say anything else that hasn’t been said, because we basically just have to do what we have been told, and that is to be patient, treat people around you nice and have distance, wash your hands and stay healthy. Listen to what the government and the whole society is telling you, because that’s the right thing to do. Even though everybody wanna go out and do what we’re supposed to do, we still have to be careful and take good care of each other, because if we don’t, there’s no chance that we can go out and do what we’re supposed to do.”According to official figures, 7,515 people have tested positive for the new coronavirus in Denmark and 364 people have died.

Denmark was one of the first European countries to announce a lockdown and is now among the first slowly relaxing it.

Webb grew up in upstate New York and moved to New York City in 1975. He spent more than a decade and a half working at Trash And Vaudeville, which he dubbed “rock and roll heaven,” before opening his own boutique, I Need More, named after a song by Iggy Pop, three years ago.

GOON SQUAD, as Roxie, Garric, Henriksen and Sobel call themselves, filmed their parts from their homes around the world and edited the tracks together for their tribute.

“I Wanna Be Your Dog”, a song from Iggy Pop, was a fitting memorial to Webb, because of his close relationship with Iggy. In lieu of a big hug, this was the GOON SQUAD’s way of saying farewell to their longtime friend.

Dr. Ezekiel “Zeke” Emanuel, a special adviser to the director general of the World Health Organization, has once again said that he doesn’t anticipate it to be safe to return to concerts, sporting events and other mass public gatherings for another 18 months.Researchers insist that things like concerts and packed stadiums cannot happen until there is a vaccine for the novel coronavirus, which looks to be at least a year away.”If 1% of the population has COVID-19 and half are asymptomatic, that’s 250 people in a stadium of 50,000, all touching chairs, eating food, talking and jumping and shouting. Is there is a better place for spreading disease?” Emanuel said in a new interview with the Los Angeles Times.”Going back to those situations, for all of us who love concerts, it’s hard to see how to do that without a vaccine.”

SLIPKNOT and STONE SOUR singer Corey Taylor is planning to start a plant-based taco food truck with his wife, dancer Alicia Taylor.Alicia initially hinted at the project last month, saying that it was something “completely new.”In a new video interview with Rock Feed while isolating at home, Corey revealed that the food truck venture has been delayed by the need to stay quarantined.”It was basically a [plant-based] taco food truck,” he said. “We can’t say vegan. ‘Cause there will be some dairy in there, some stuff in there. But the main focus was flavor, not just content. ‘Cause when people talk about vegan, they can become very pretentious… This was a way for us to combine [our love of food] with a healthier [lifestyle].”

Alicia added: “Because a lot of people don’t know this — we went plant-based in August [or] September, and we saw the benefits immediately.” Corey concurred, saying: “My cholesterol dropped, like, 80 points… I was even trying to eat better, and yet my cholesterol wasn’t going anywhere. And as soon as I [went plant-based], [the change in my cholesterol level was immediate]. It was pretty rad.”

Alicia said: “And we don’t wanna be super annoying about it, ’cause that can turn a lot of people off. It was just kind of a choice we made for us.”

Corey and Alicia got engaged in April 2019 and were married in October in their hometown of Las Vegas. The singer announced the engagement by posting an Instagram photo of his future bride wearing the ring that he gave her, along with the caption: “L’adorilust. Forever. And Ever.”

Corey and Alicia began dating after the breakup of Corey eight-year marriage with Stephanie Luby, whom he wedded in November 2009. Taylor was previously married from 2004 to 2007 to a woman named Scarlett, with whom he shares a son. The singer also has a daughter from an earlier relationship.

Alicia, who is a professional dancer and a member of the all-girl dance group CHERRY BOMBS, previously stated about Taylor: “I consider myself to be incredibly lucky to have found it in a strong, kind-natured, respectful, genuine, supportive, and loving man such as [Corey]. As silly and as cliche as it sounds, I didn’t know what real, selfless love was until him. His artistry, intelligence, and heart knows no bounds. He is my hero. My inspiration. My safe place.”