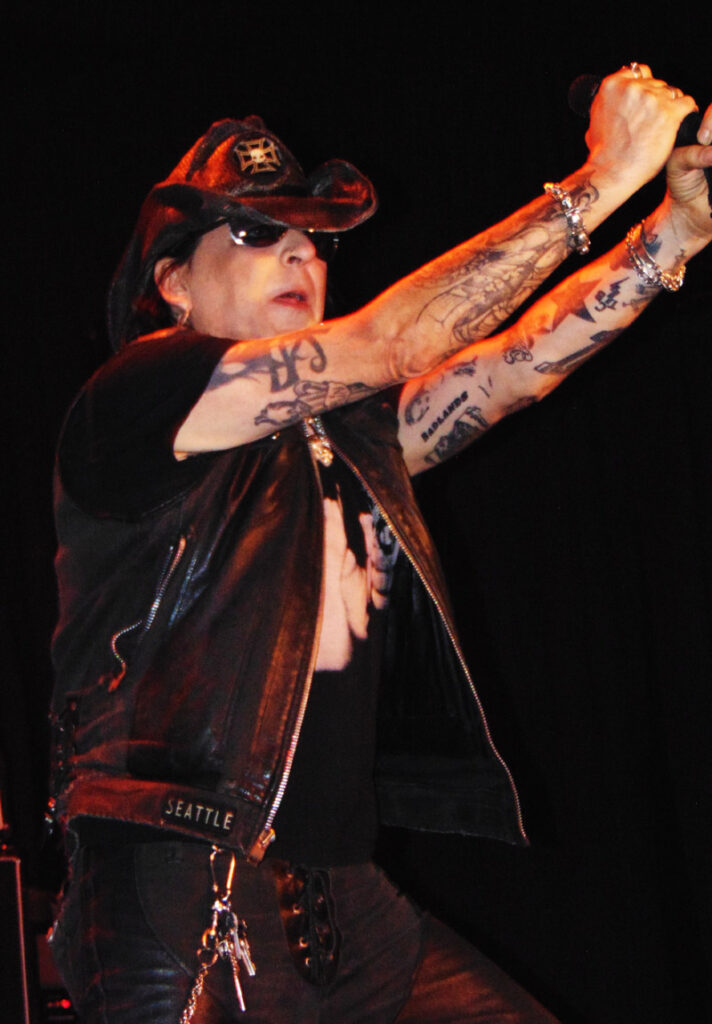 Was it because I was cooped up for so long in Covid the past weekend was so great? Was it because my Hollywood pals were coming back to Vegas? Yes! Both of the above!

Tamie and the boys were finally set for a show in Sin City and I couldn’t wait. Al Bane for Leather was also on his way as my house guest with Tripp Trigger so things were off to a Rockin’ start! When Al and Tripp arrived there wasn’t much time for sleep because the next day we were off to Paul Casey’s house for a fitting. Paul is a remarkable, talented, engaging guy and I can’t believe we had never crossed paths before with both of our extensive Vegas history after 20 years. At one point after I asked a question he remarked: “You ask a lot of questions….” To which Al replied: “She’s a reporter – that’s what she does.” Sorry for all the questions Paul! It bugged my mother too when I was little. She told me to read the dictionary LOL!

Then it was off to Keri Kelli’s Aces and Ales to meet up with the Faster bunch. Keri’s bar was completely packed in full swing with the Golden Knights crowd and a long table full of rock guys and dolls. 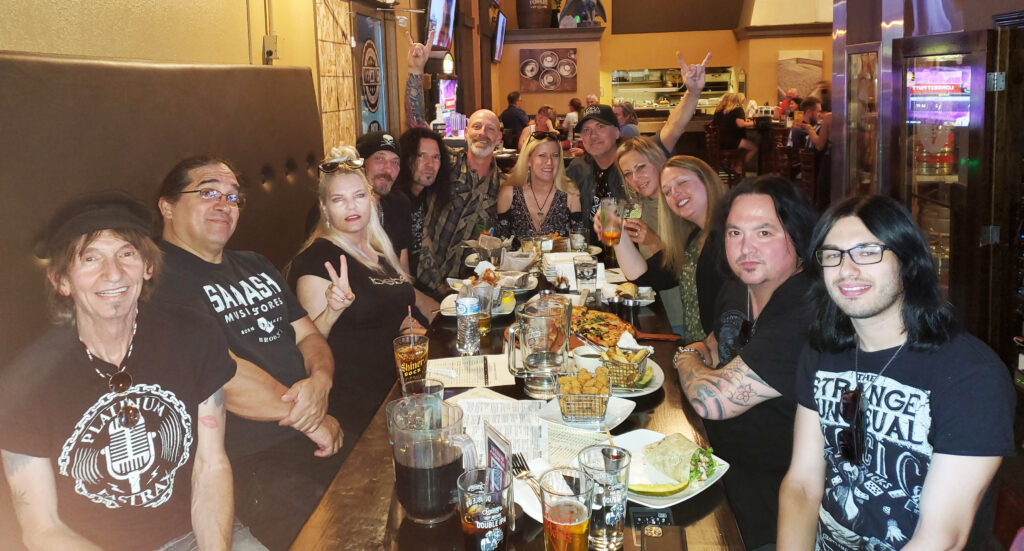 It was so great to see Keri after all this time as well as  drummer Chad Stewart and the guys from Faster.  Jizzy Pearl and his rockin wife Christina were also there and it was awesome to see them as well. It was my first time meeting Sam Bam Koltun and Al kept telling me how talented he was and he seemed like such a sweetheart. Food was great Keri! Al dropped of some laminates and a guitar strap for Xristian Simon while we were there and we were on our way to get ready for the rockin’ show.

Chad told me I was on the list with a pass so when we got to the Fremont Country Club I told the girl I was on the list and she said to go on in. No name checking, no pass, no charge…that was different! I hadn’t been to the venue since I hosted the DEAD DAISIES show there a few years back. It was a cool club but I’m not talking about the temperature which seemed to be more like a sauna in the 115 degree heat that day! So when I wasn’t looking around throughout the night for Valeri Rosdahl, watching the band or sorting out problems people seemed have with me, I was in the dressing room cooling off. 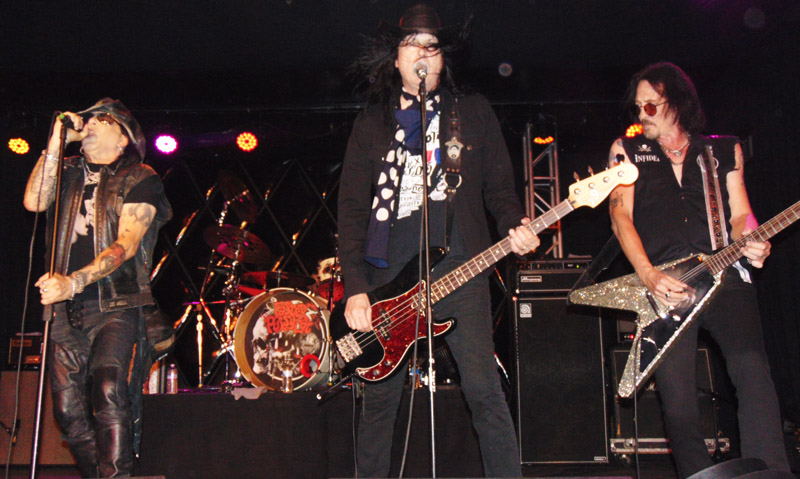 and Tamie Downe’s strong voice and…wait…okay… NOW I see why Al kept talking about Sam Bam…Wham! What planet did this kid come from and why had I never heard of him before?!? Spectacular! Star power, magic fingers, powerful stage presence, lighting fast fingers on the fret board, moving around like he commanded the stage all his young life and all I can say is… Can I adopt you Sam? 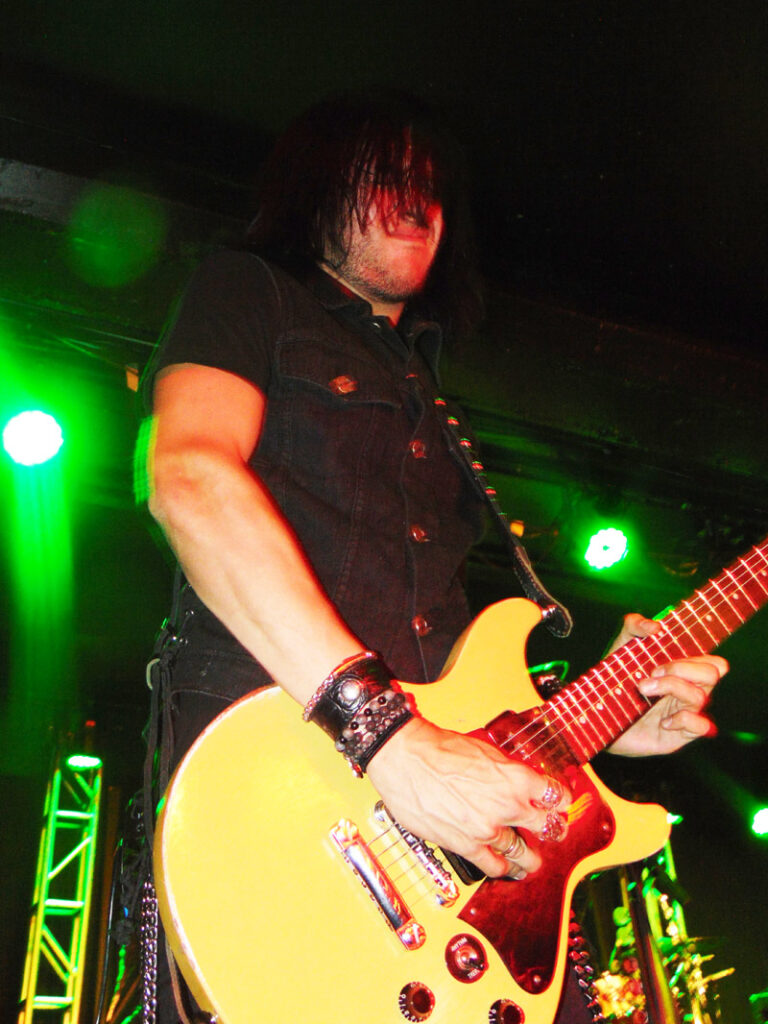 What a little cutie who is so sweet and humble. 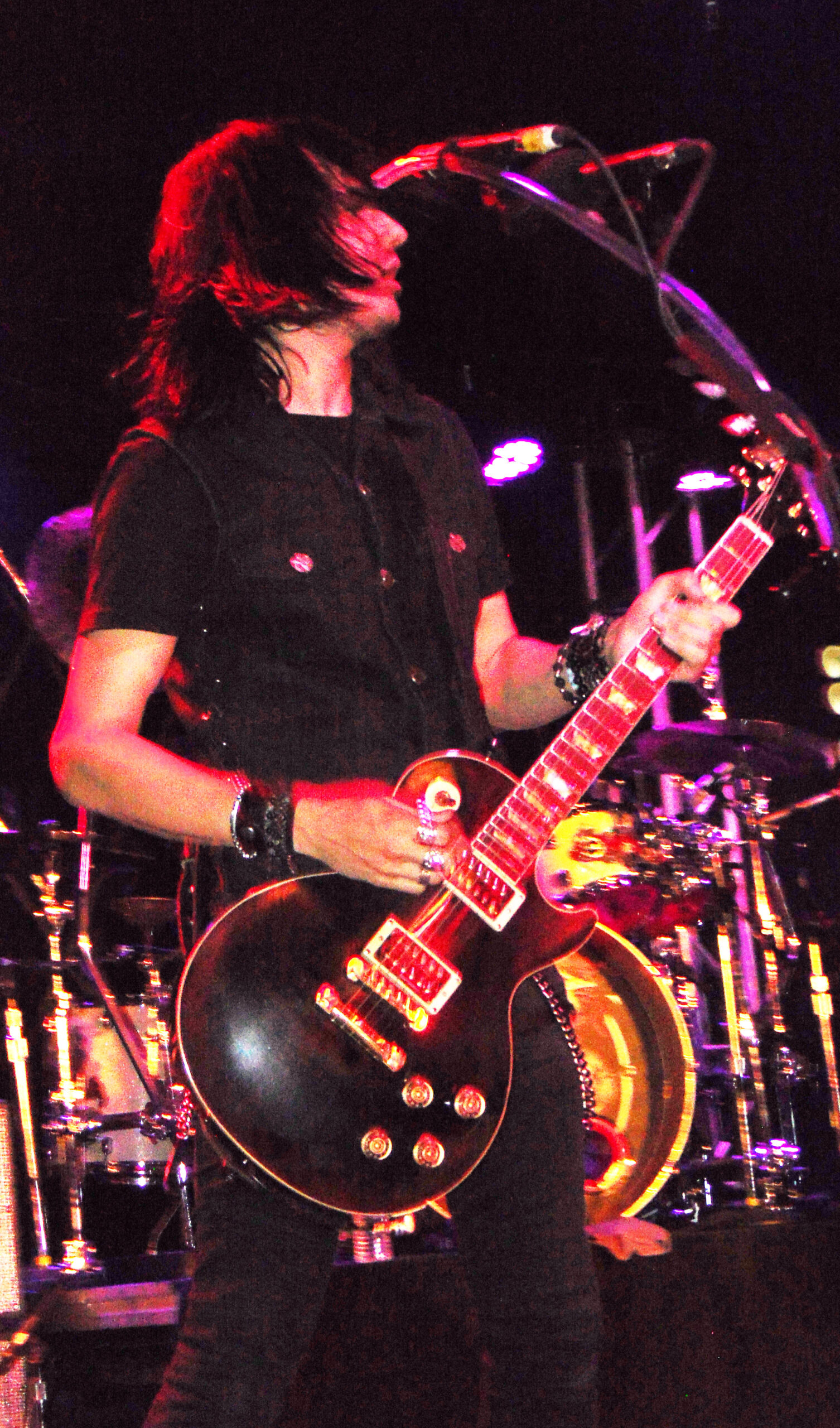 Rare for such a young talent because usually geniuses like him are egoed out with big heads and they know it and act the part. Along with everything else I found that to be one of the most endearing things about him besides being a Guitar God way ahead of his time.

The Hollywood bad boys played all their hits and the crowd loved every minute of them and it was over too soon! I got a cool FP T-Shirt and said good bye to the guys before they headed to the bus. Head back this way soon guys! I already miss you! 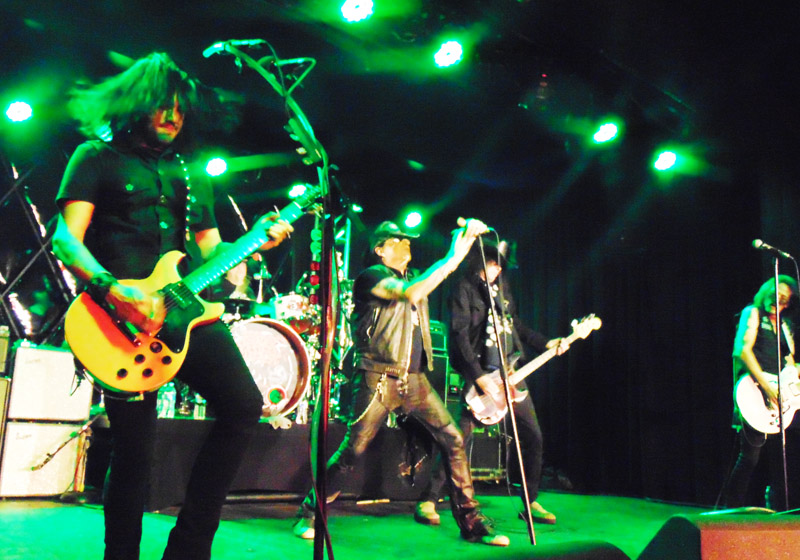