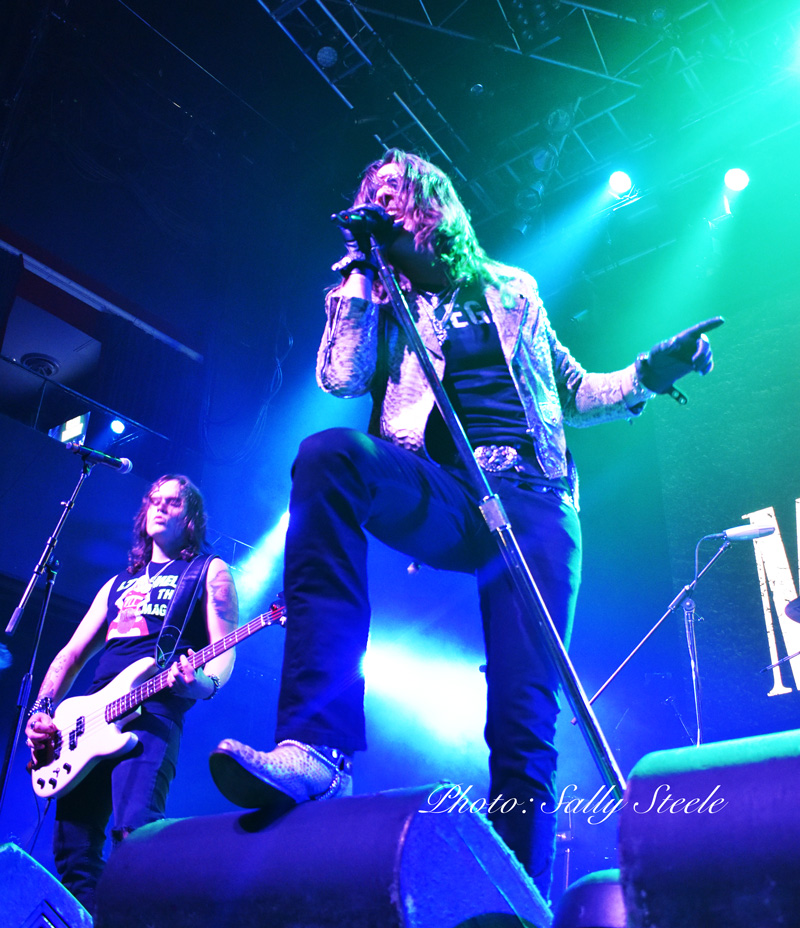 I have met up with Crash Midnight lead vocalist Shaun Soho a few times over the years, so when he invited me down to see his band –  I figured it was finally time with post Covid to check them out! They were opening for Steel Panther, so I also saw it as a cool opportunity to say hello to my Hollywood Bad Boy Pals. 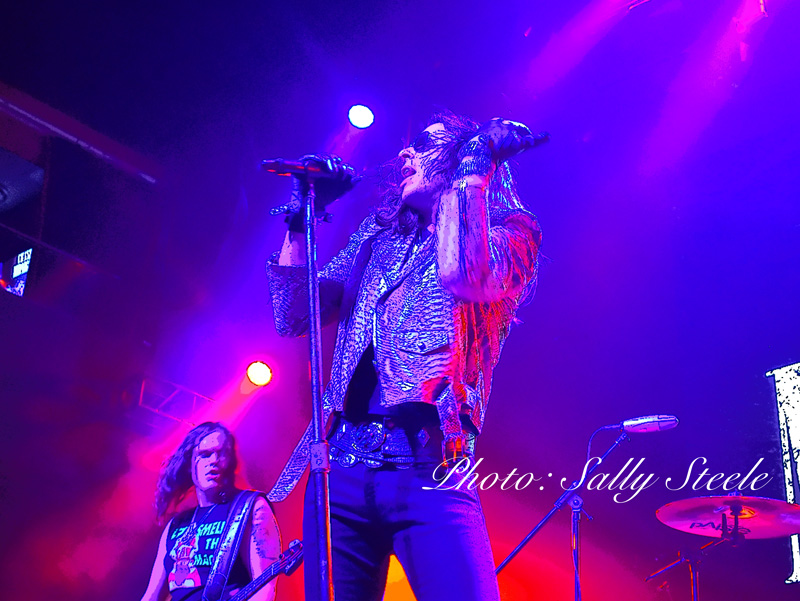 It was hard to find a parking space at the Mandalay Bay that night since the blood suckers were charging $60 to park with the stadium event going on. I was panicking since I wanted to meet up with the Shaun and the guys before the show for some photos. I finally found parking at The Excalibur for $12 but it was far from Mandalay, so I had to take off running in my leopard boots, jeans, hat and long sleeves in 106 degrees heat. . I ran to the media check in and before I even handed over my I.D. the guy said, Oh, I remember you and gave me my passes and tickets which was cool as I took off running to the venue I managed to get there just in time before CM hit the stage and took some cool photos of the guys in their dressing room. I had my expensive camera with me that I filmed part of my documentary with, but I had never used it for a concert so it was going to be a learning experience with it as well. 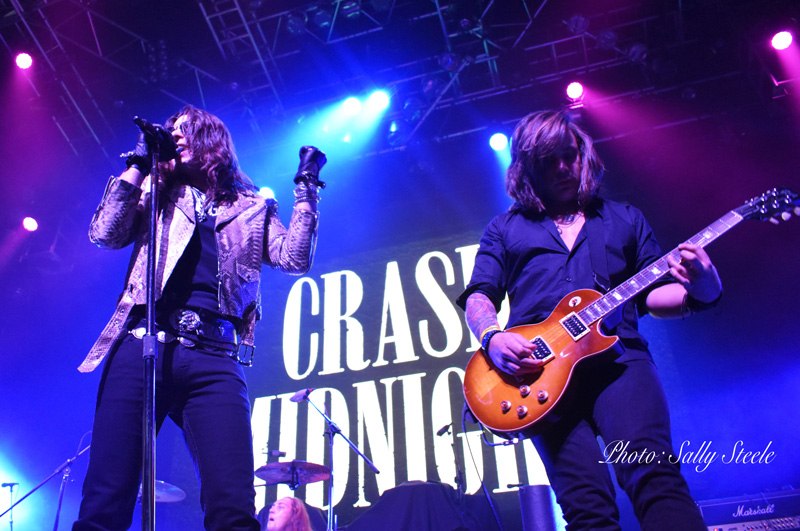 When I walked out into the crowd from backstage into the photo pit, I was greeted with fans in the front row: “Sally”! “Hey Sally!” “Great to see you!” So it was really cool as I went down the line shaking hands and greeting people. Was great to be back! Crash Midnight hit the stage like a gun went off with power and electricity all around. Their music was solid mainstream rock which is what I love the best so I really enjoyed their songs and sound. Their third song was “Rock and Roll” by Led Zeppelin which the words “Been a long time since I rock and rolled” had appropriate meaning since this was the band’s first big show after Covid and only the second show for the House of Blues opening up after over a year from the Covid crisis. 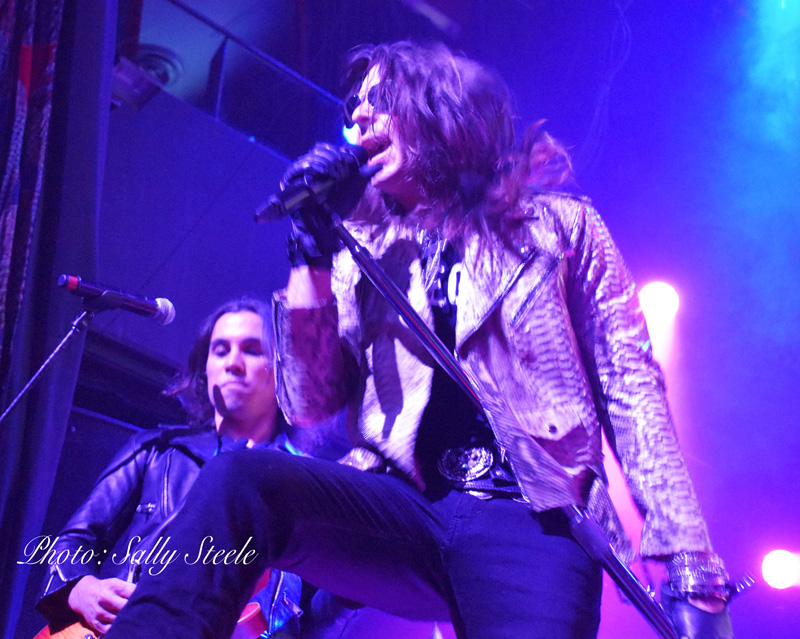 I also liked their version of “Gimme Shelter” by the Rolling Stones. Shaun had amazing star power delivering his vocals and his voice displayed all the ingredients of what a classic rock lead vocalist should possess.  With Alex Donaldson on lead guitar, Drake on bass, Jon Papineau on drums and Donovan Tryon on rhythm guitar, Shaun and these guys really killed it! I’m also happy to report my experiment with my expensive camera caught some great shots. Yay!  And a few days just after the show, Shaun told me they just got word from Vegas Golden Knights upper management they are going to be playing their song “Blackout” in all the games next season! AND Apple Music added them to  the Top 50 of their “Breaking Hard Rock” Playlist alongside our friends Adelita’s Way and Beartooth! CONGRATULATIONS GUYS! So proud of you! They are definitely going places and I am glad I got to meet them before they hit the big time! LOL. 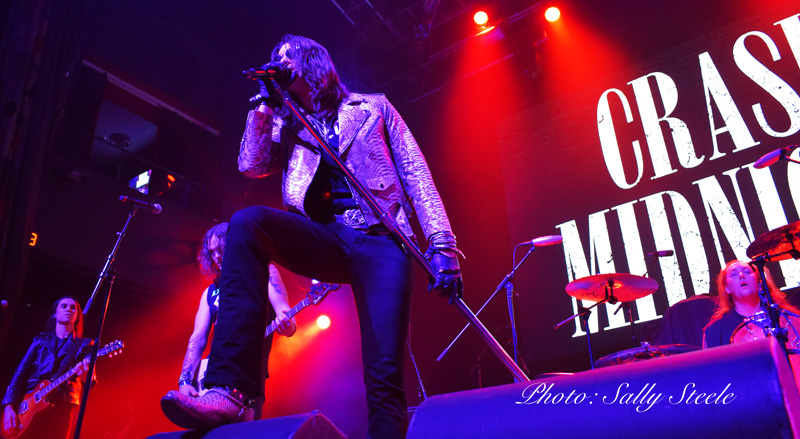 Apparently in Arizona, the night before this show in Vegas, the opening band for Steel Panther got liquored up and ran onstage when SP was playing and caused a scene. So they asked the Crash guys to not be backstage when they went on and they agreed with no problem. What I also noticed was there was hardly anyone backstage with both bands.  Outside of a few crew members there was only me and the CM’s Alex’s girlfriend and no one else. Maybe Covid rules? 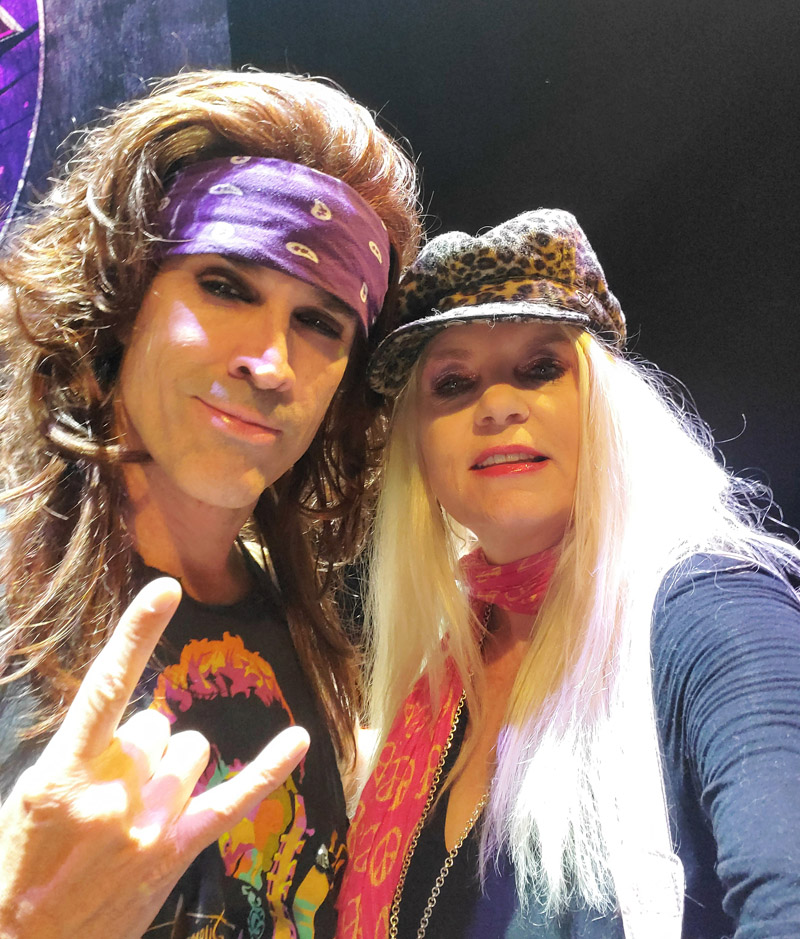 Being friends with SP for many years I was still backstage though before they took the stage. Russ (Satchel) greeted me happily with open arms and Michael (Ralph) and I caught up before they hit the stage and I grabbed a few quick selfies with the boys. I was confused because I didn’t see Lexxi and Michael told me he was sick and the guy dressed like Nikki Sixx was his sub. GET WELL LEXXI! WE LOVE YOU! 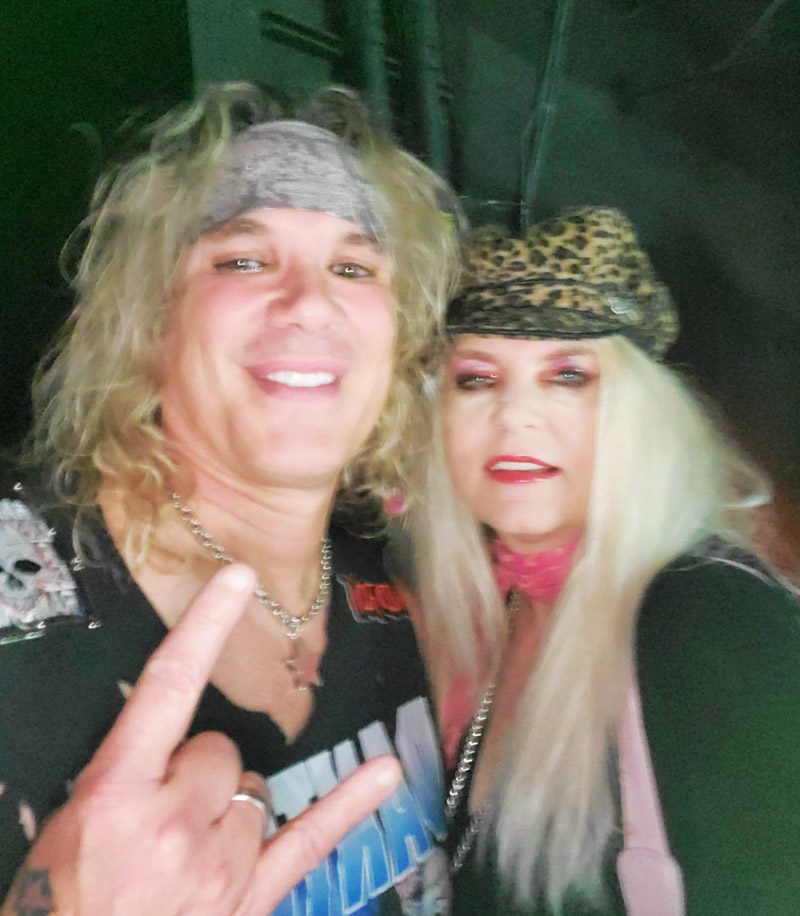 It’s funny because before the guys went onstage I was talking to Michael about his kids. And then they can take the stage with such song as “Supersonic Sex Machine”, “Glory Hole”, “Weenie Ride”, “Gods of Pussy” LOL. And I hate to blow their cover but these guys are extraordinary players and intelligent as hell!  To write such hysterical songs takes brains! And they do it so well! Taking the stage with “Eyes of a Panther”

and Michael and Satchel bantering back and forth these guys were on fire as always with music and hysterics all night. I would repeat some of it here but it is only funny when they say it LOL. With what looked like a sold out crowd , it was an amazing night for all involved.

Not to mention I made new friends with Crash Midnight. Hey Shaun – do you and the guys want to be a part of my next Awards show in 2022? Hope so! Let me know and I will hold a spot for you! 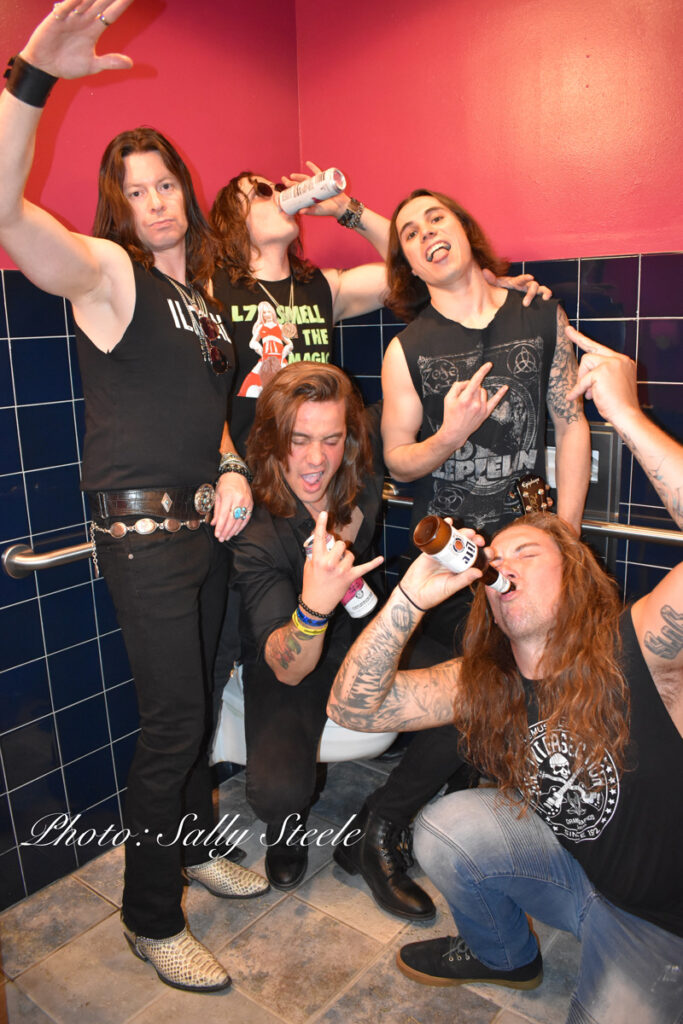