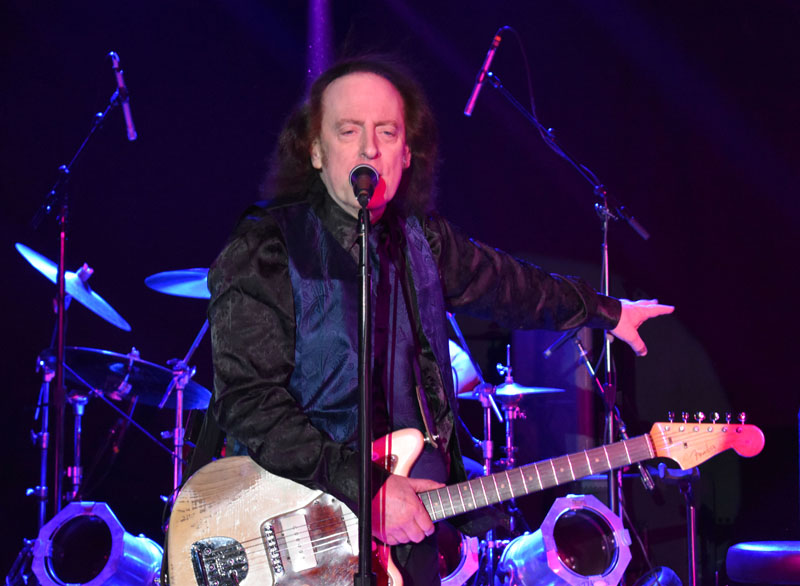 My favorite show of the year, each year took place last weekend with Tommy James and The Shondells at the Golden Nugget. Some people might think I am crazy to be hooked on a band that was mainly popular in the ‘60s. With me being an 80’s chick in Hollywood in that decade and publishing a rock magazine focused  mainly on that era, some might even think I have slipped a little. All I can say is if they went to see one of Tommy James’ shows they would know how I feel. And it seems like with the sold out crowd at the Golden Nugget on October 29th, some people besides me get it!

Tommy’s music is not only hip, cool 60’s 70’s based music but it seems very spiritual as well with a great vibe, melody and power. Some might ask: “Who is Tommy James of Tommy James and The Shondells?” And I get that from many people when I tell them how great he is. But so many people don’t realize he was way ahead of his time started everything! If you hear Billy Idol sing “Mony Mony”, Tommy wrote it and did it first. If you hear Joan Jett sing “Crimson and Clover”, Tommy wrote it and did it first. If you hear Tiffany sing “I Think We’re Alone Now”, Tommy wrote it and did it first. In fact so many artists have done his songs including Prince, Billy Joe Armstrong (Green Day) Carlos Santana, Bruce Springsteen, R.E.M. Dolly Parton, Kelly Clarkson, Tom Jones, Cher  and evenThe Boston Pops. The list goes on and on. Tommy’s career includes over 100 million records sold worldwide. Now do you see what I’m talking about?!? 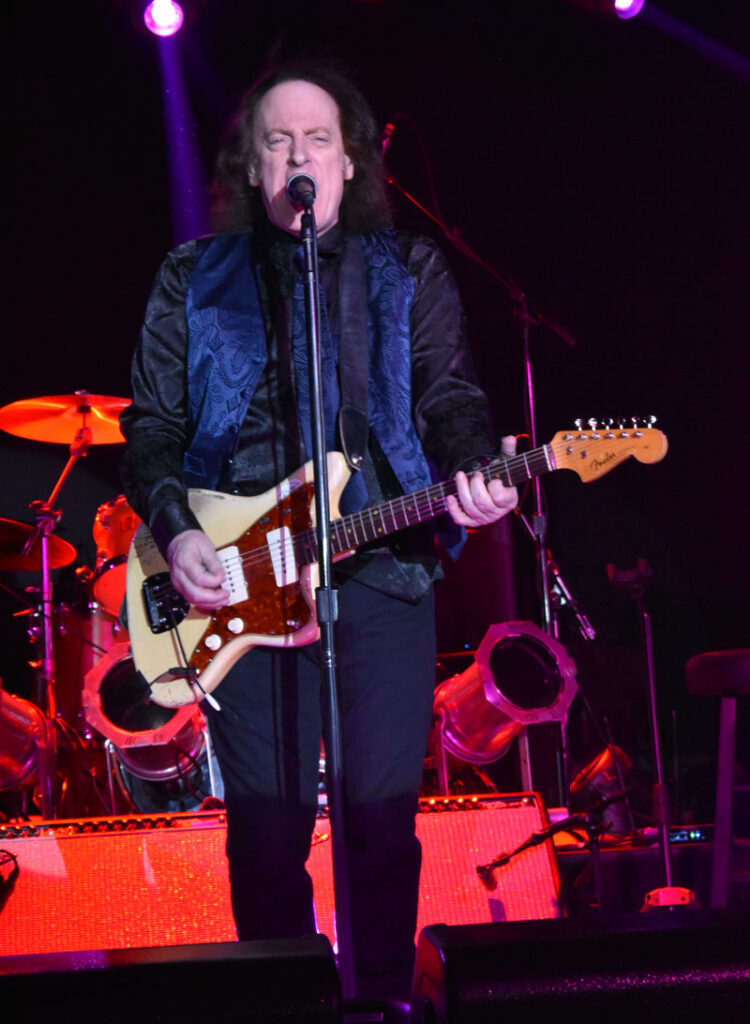 These days it seems so many artists are a poor imitation of predecessors before them of decades of amazing original artists. And Tommy James is THE original!

For years when Tommy came to town I could never find anyone to go with me so I didn’t go. But then I decided 3 years ago to go interview him and go by myself. It was eye opening.  Not only was he one of the most amazing artists I have interviewed, he was one of the nicest artists I have ever met. This past weekend was the third time I saw him (not counting when I met and saw him at the Greek Theatre in Los Angeles in ’86) and his show is nothing short of spectacular. Tommy’s voice is just as strong as ever and more powerful than most of those “American Idol” contestants! Tommy hits all the high notes and with his full six piece band which includes Glenn Wyka on drums, Jonathn Ashe on rhythm guitar, Greg Smith on bass, John Golden on lead guitar, Benny Harrison on organ and Mike DiMeio on piano/Synth, backing him up Tommy was in top form and better than ever! Kicking off the show with “Draggin’ a Line” and filling up the set with hit after hit after hit. “Crystal Blue Persuasion” “Crimson and Clover’, “Ball of Fire”, “Hanky Panky”, “Sweet Cherry Wine”, always takes the audience on a ride with memories and music euphoria. Tommy as always makes everyone laugh with his comments and wit: “We haven’t played in so long since the pandemic, I forgot the words to “Hanky Panky… and there are only 7 words to it!”. Tommy also talked candidly about his Roulette record label being fronted by the mob all those years as he turned out all those hits. I was surprised Tommy still came out into with the audience at the end of the show. But that is Tommy – Fearless and loves his fans! 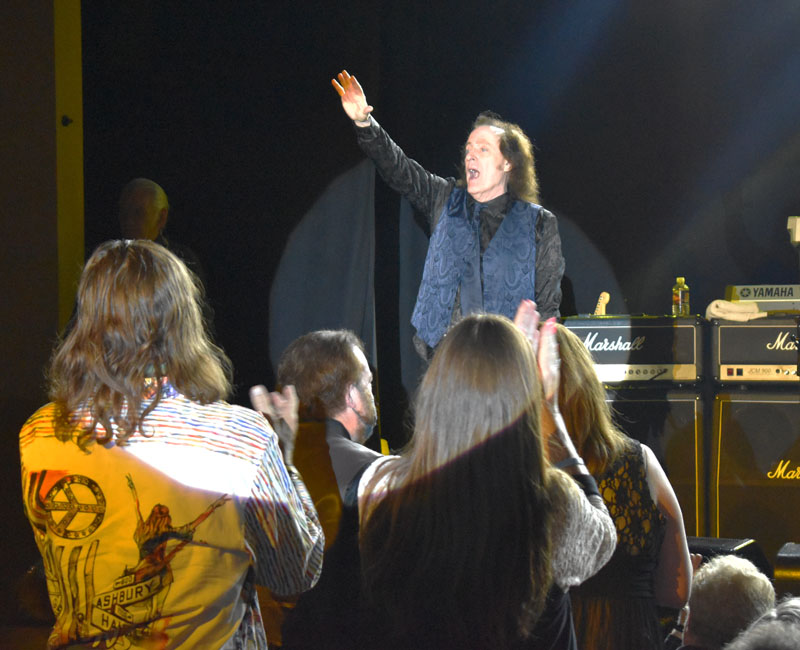 I met up with Tour manager Rick Resin as planned before sound check to speak with Tommy and it was so great to discuss so many things with Tommy. We met up in the Frank Sinatra dressing room and after getting a few photos and video clips, I got up to leave and Tommy said: “You don’t have to run away.” So I sat down alone with him and we talked about Frank Sinatra, my film and discussed his new movie based on his autobiography “Me, The Mob and The Music”. He said the movie is getting started back up after being halted due to Covid. I told him “I’ll do the catering for the movie!” to which he replied, “I’ll be a Grip!” We talked about religion since Tommy is very spiritual and he prayed with me. I told him I was sorry to hear about his dear friend Martin Fitzpatrick passing away. Martin was always so kind and respectful to me and Tommy talked about how much he missed him. Martin was also the author of Tommy’s book he wrote with Tommy which by the way is one of the best books I have ever read! I also told Tommy how messed up it was that he has still never been nominated into the Rock and Roll Hall of Fame. What a crime! Tommy says he would like that to be a reality when his film is released. During soundcheck I tweeted, Facebooked, Instagramed tagged, hashtagged and went to town to promote Tommy.

After the show I thought about what a special day it was to spend such quality time with such a kind, legendary artist with such a beautiful soul like Tommy. I will always cherish that day in my life and I can’t wait for Tommy to return to Las Vegas!

We love you Tommy! 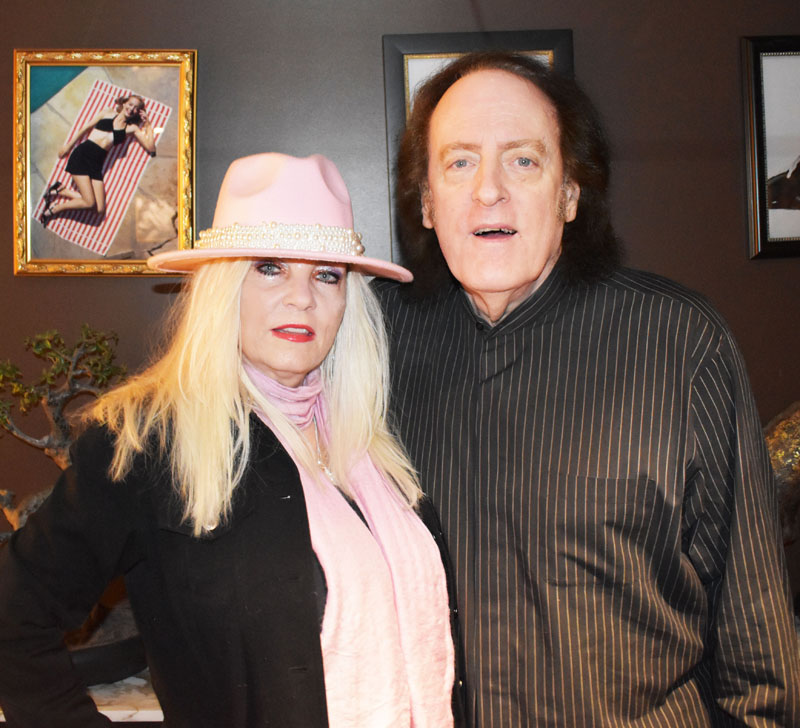 Special thanks to Carol Ross, Rich Resin and Entertainment Director for the Golden Nugget – my buddy Dave Gillie! Keep up the great work Dave!