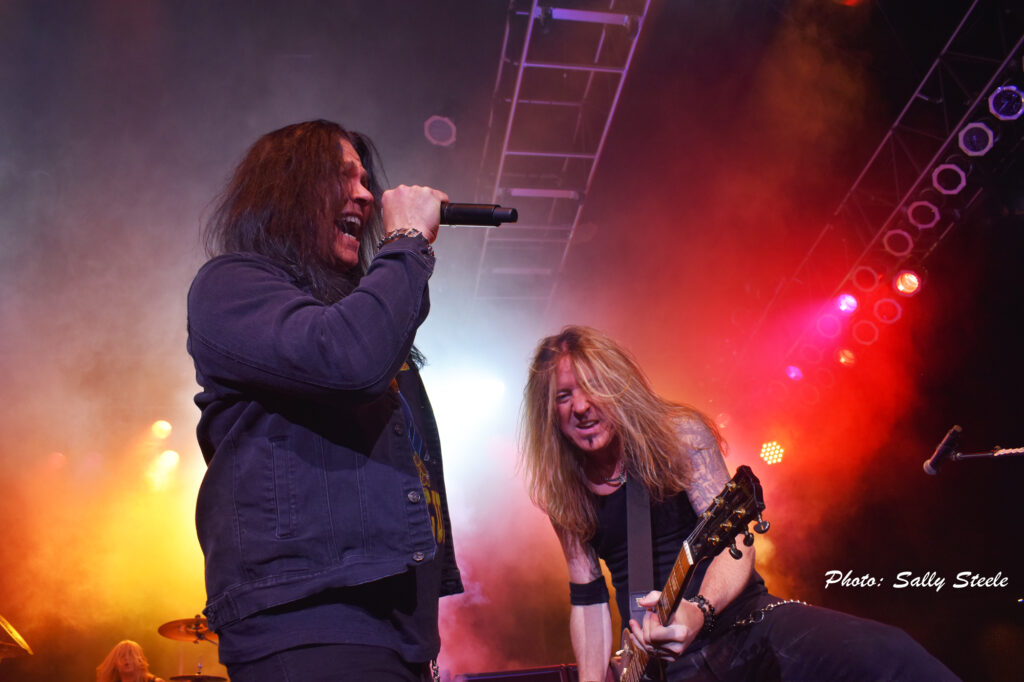 The First show back at the Cannery since Covid rocked in style! And what a way to celebrate with SLAUGHTER and KIX!

I was so excited to see my pals Dana Strum, Mark Slaughter and Jeff Blando and hang out with Kix to catch up after so long with the pandemic knocking touring out of commission. And for that reason this show was more than a celebration in more ways than one. 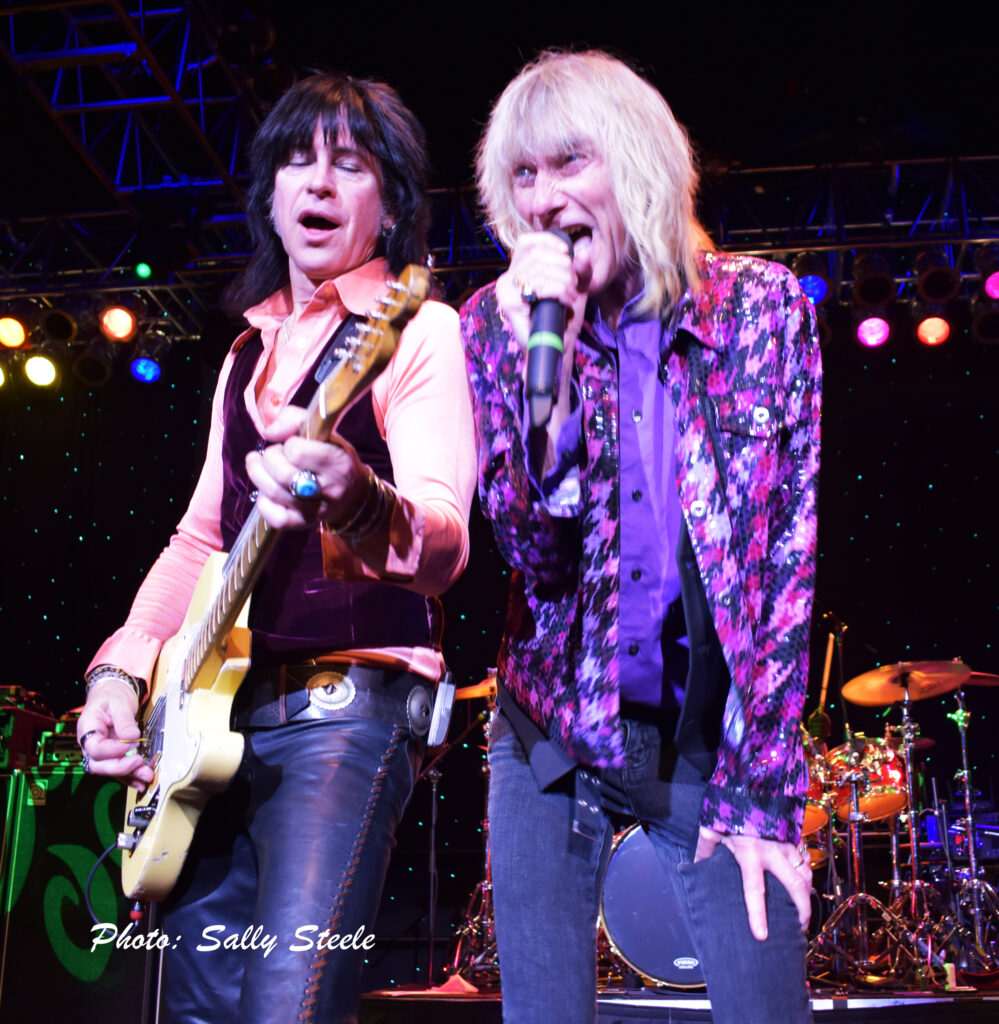 KIX opened the show and never fails to disappoint. I was so happy to hear my two favorite songs by them “Ring Around Rosie” and “Cold Blood”. My pal Val always knows when the guys are ready to drop to their knees at certain points during the show and would fall on her knees at the same time as the band. Frontman Steve Whitman is always a treat and Steve seems to be more like a stand-up comedian every time I see him. He announced he did a solo album during Covid and offered to give two copies out to the crowd.  He said he wanted to give the last copy out to a “cute girl” in the audience and a few raised their hands. Then he gave a copy to one blonde girl in the front and said: “Okay well, I guess you will do.” OUCH! Then a man went up and gave Steve his business card and Steve said: “No one ever gives me their cards.” And then Steve threw the card on the floor. “That’s why…..okay I’ll pick that up at the end of the show.” But I watched and he didn’t! STEVE….!! 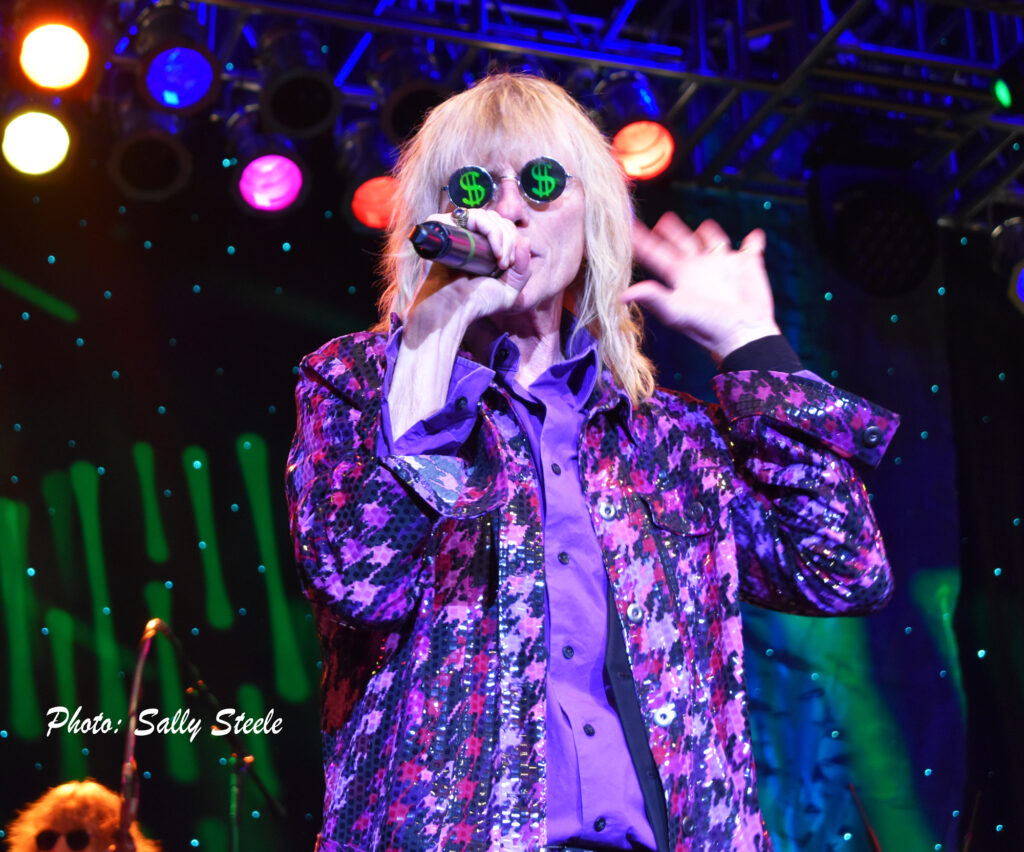 My favorite in the band Brian Forsythe was in top form as always with his amazing guitar solos. Not to mention he is so hot! I was really disappointed he wasn’t backstage when I went in to get photos with the band. Darn it! But I have to admit I picked up his guitar pick off the stage during the show because it had his picture on it LOL. And I never care about guitar picks! 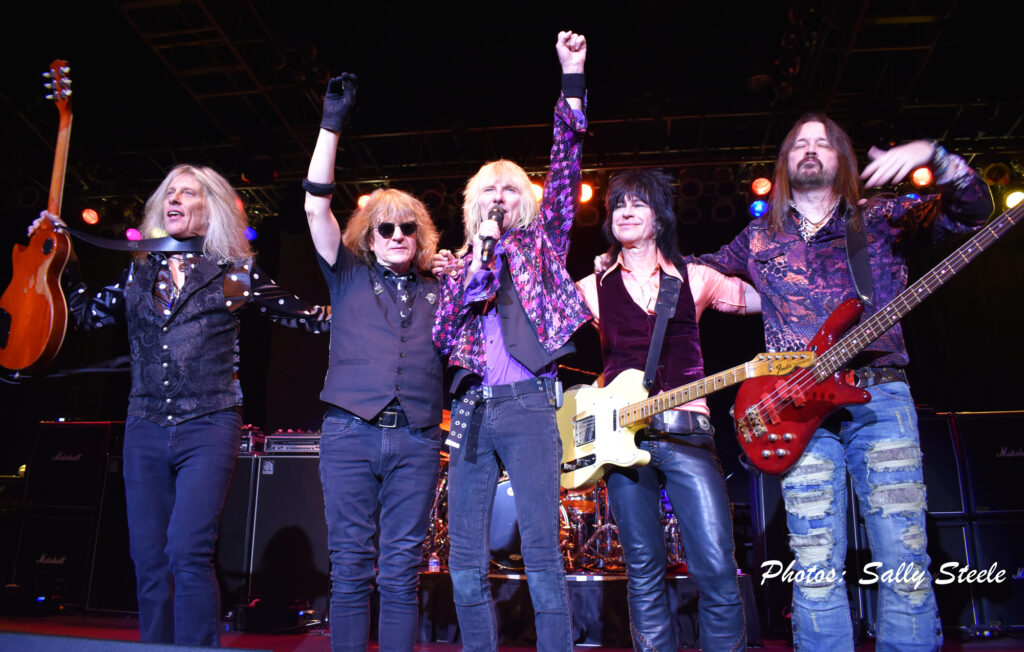 The crowd pretty much stayed back from the stage during KIX’s set. But when SLAUGHTER hit the stage it was a different story! The guys came on with such power and thunder there was no holding back the crowd’s surge forward to press up to the stage. These guys have lost NOTHING with the pandemic time off! I mean WOW! Mark Slaughter hits every high note and sounds like the record from 30 years ago! Mark and Dana team up onstage with their powerful chemistry and it’s off to the races! And Blando executes every guitar note with precision as always! They opened the show with one of my favorites “Mad About You.” And the momentum never let up. I was pushed and pressed up against the stage and it was in vain to even squeeze a couple friends up there with me. Some guy next to me kept getting in the way of me trying to take photos with his cell phone. He must have taken over 300 photos of the band with his phone. What the hell is going to do with all those?!? Go home at night and review them by himself? It was hard to not just shove him out of the way. But I still managed to get some shots of my boys. 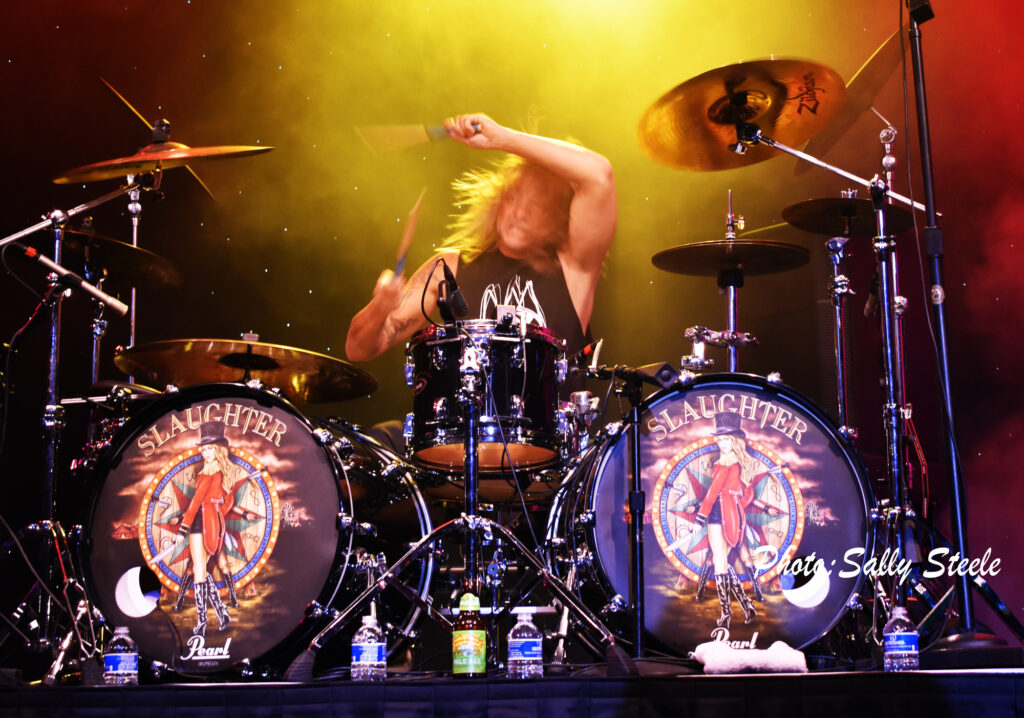 One new bright spot for SLAUGHTER was the addition of new drummer Will Hunt! Wow this guy is an amazing talent! Great showmanship and not bad on the eyes either was his flowing mane of blonde locks! I always liked Zoltan but Will is bad ass! Will also plays with Evanescence and I can understand why he is in such demand! And I caught up with Will after the show to tell him what a great job he did and he was a real sweetheart. With Dana, Blando, Mark and Will there was a powerful solid unit that kept up this amazing energy during the entire set! 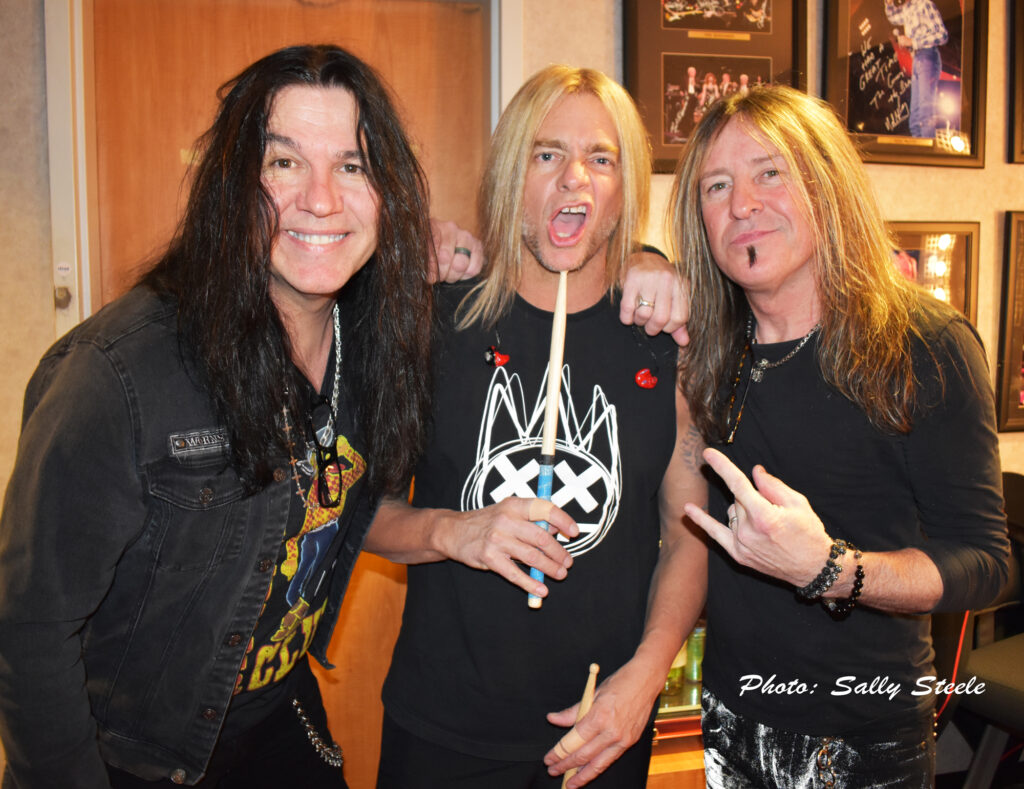 It was so great to catch up with all the guys before and after the show. Seeing such great friends backstage and in the crowd after so long made it such an epic night. Not to mention Marty Giovi the Event Manager was running the show so things were top notch with him in charge! Marty is so amazing. I just adore him and love seeing him and he makes going to any show at The Cannery such a pleasant experience. In fact the entire staff that night was extremely friendly and competent. Great job everyone! 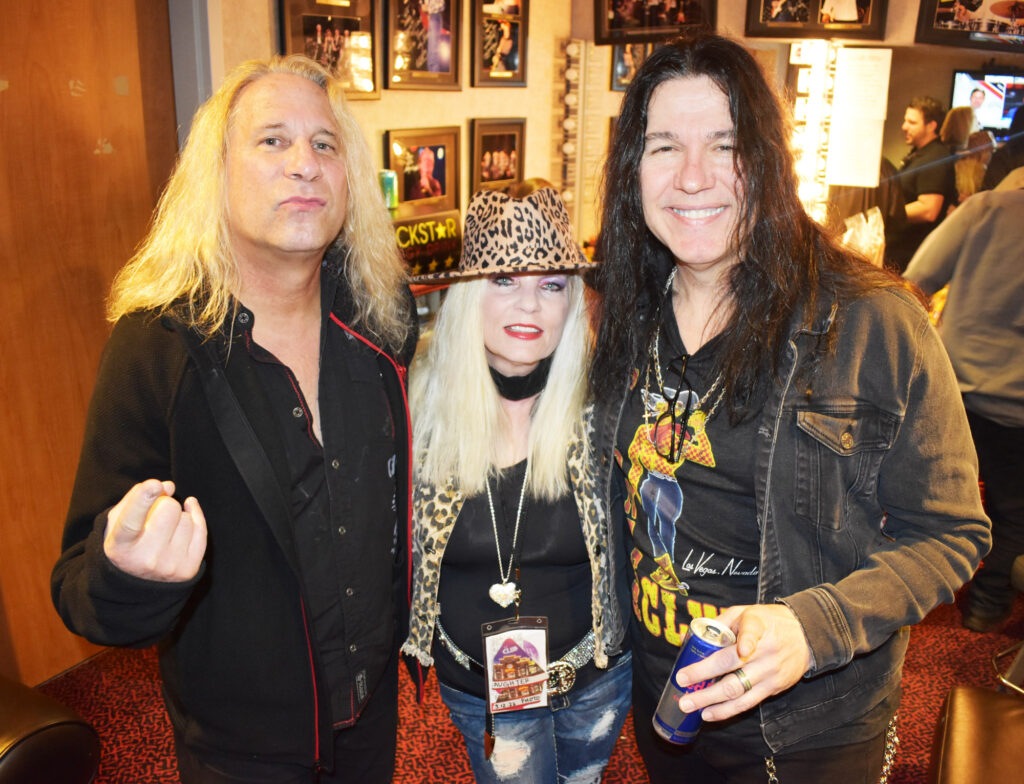 Thank you Dana and Marty for taking care of me for access to cover the show. So glad to be back! 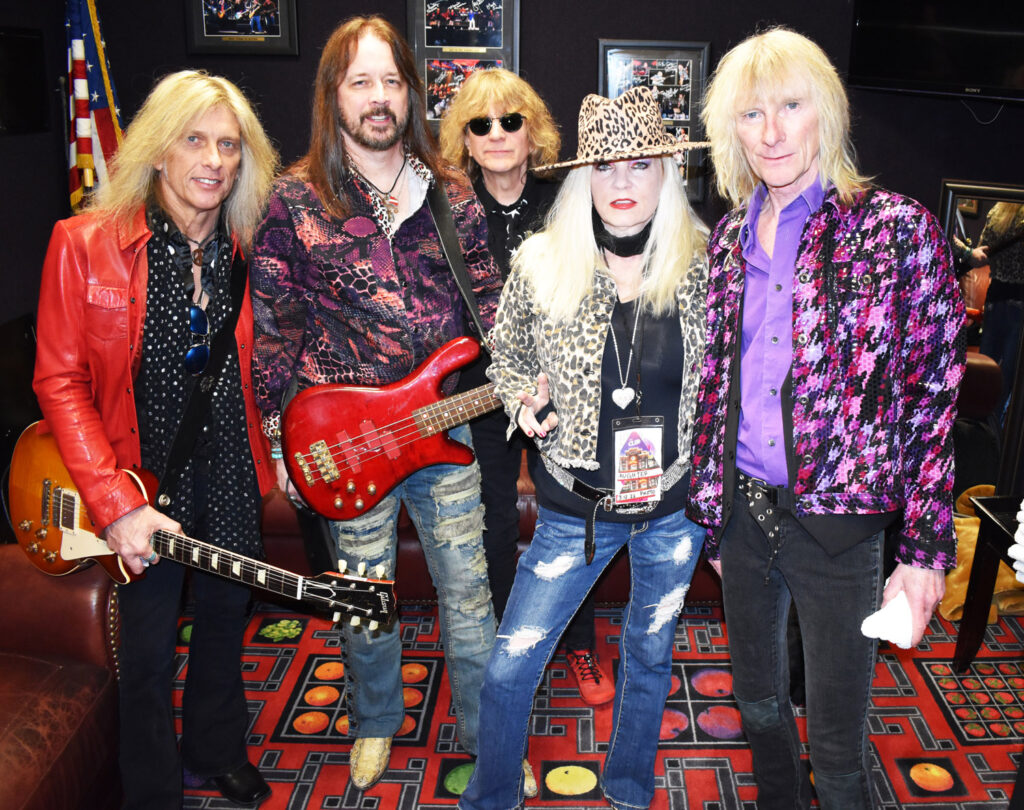 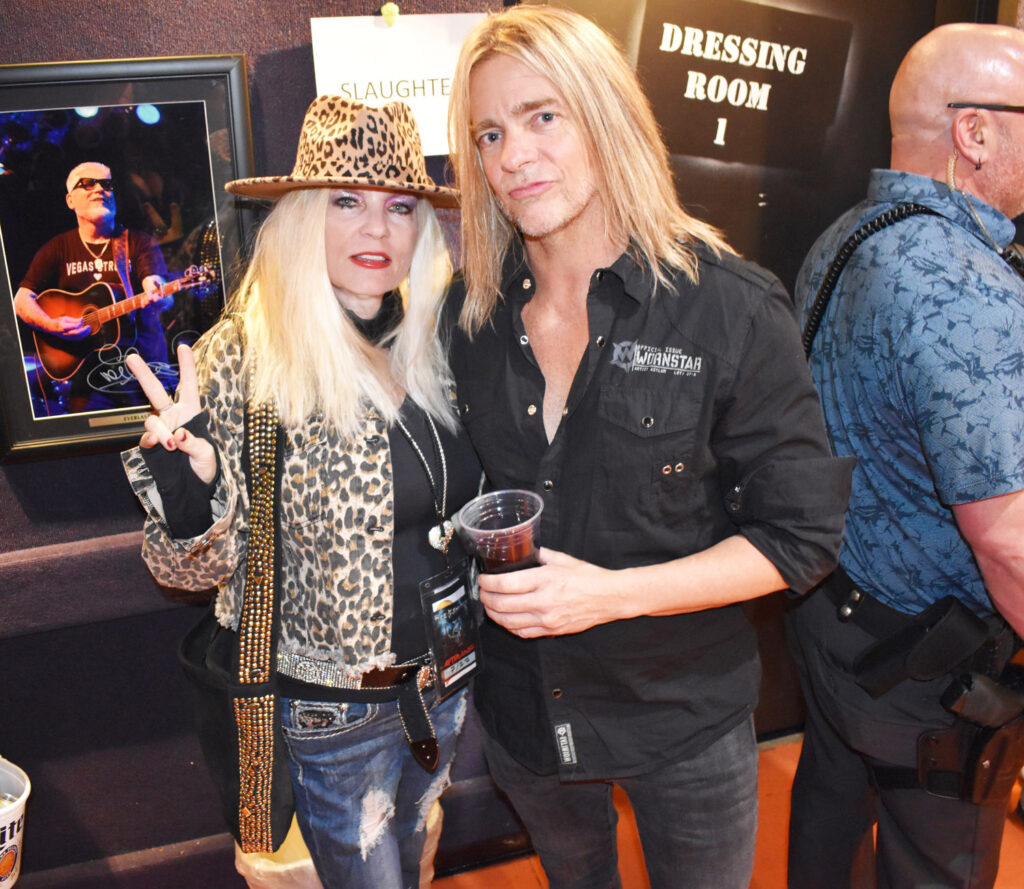