Viva is back! I must admit with the Covid madness I was worried my favorite event would disappear. But Tom Ingram prevailed and brought another spectacular event to the Orleans Hotel and Casino!

I showed up on Thursday to pick up my credential and my Viva bag of goodies. The check-in girl gave me a high roller wrist band but I told her I was with the press and she directed me to the office. When I got inside the office I was pleasantly surprised to see Tom Ingram. He told one of the girls to give me a press armband. I ran outside to grab Valeri and when I went back inside it was only Tom in the office. Since he was the only one there, he personally had to put my armband on.  I told him how honored I was that THE man of the event was personally putting my  armband on and thanked him again for signing off with Viva artwork for me to use in my documentary. 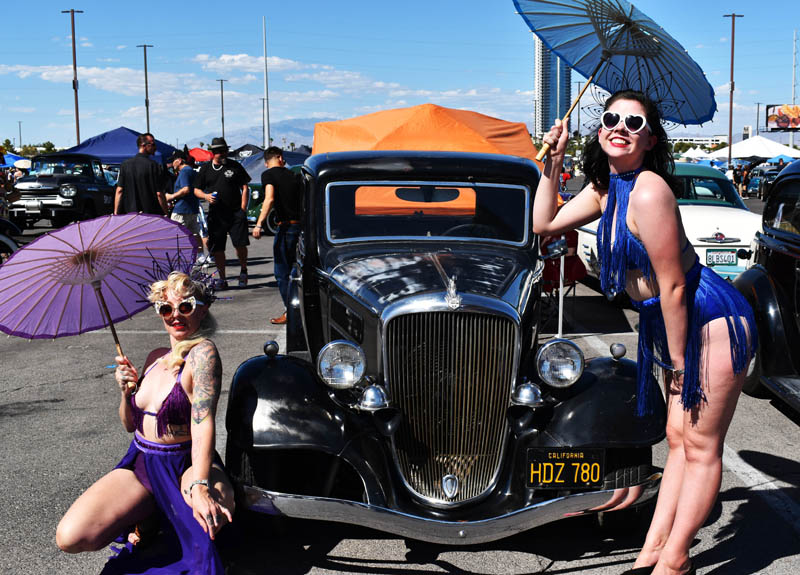 Friday night I attended the HillbillyFest in the showroom. Charlotte and I walked in and sat down not really knowing what to expect. I thought it might be something stupid but I was amazingly pleasantly surprised! This show was hilarious! I was laughing so hard with the “He-Man” contest and all the clever antics with all the 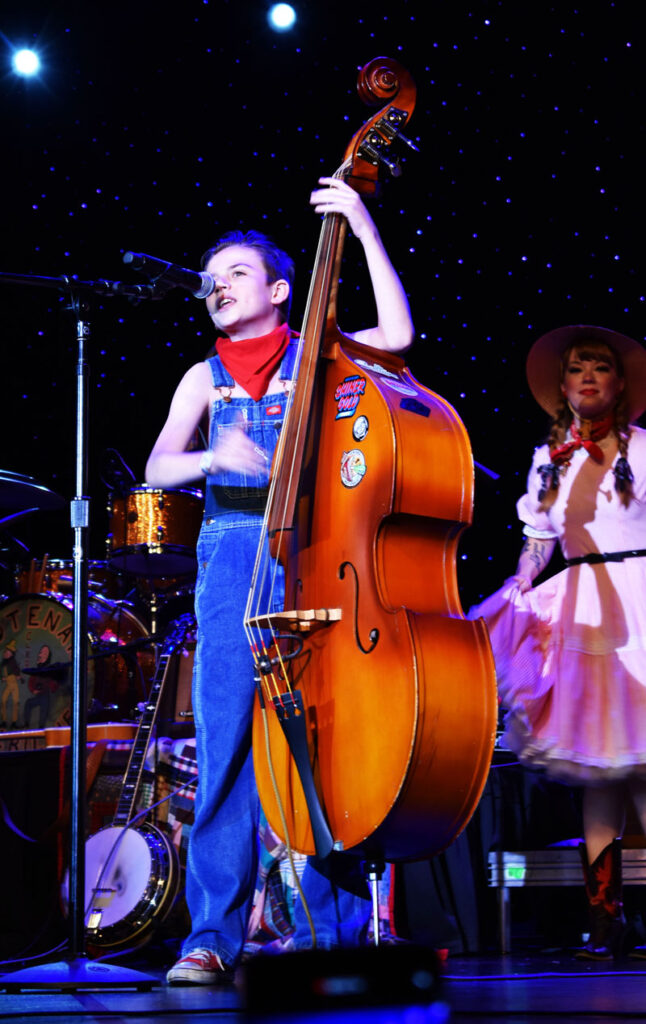 performers and musicians. I loved” Lil Mo and The Lonesome Crows” and “Short Fuse” who was a young little boy who was amazing on Stand-up bass. But one performer really stood out to me. There was a tall skinny banjo player with overalls and a silly hat on. He was amazing on banjo but there was something special about him. I

remember sitting there thinking his wife must be the luckiest woman in the world.  They talked  during the show about how he sat on the side of the road with the 93 year-old performer in the show for 4 hours on the side of the highway in 109 degree heat until the tow truck came to take the older man ( I think his name was Scotty Broyles) to Las Vegas. And when the tall man played a slow song on his banjo that he wrote, it brought tears to my eyes.

The next day on Saturday was the big day with the car show and outdoor entertainment. It is like you take a step back in time with elegant styles and amazing cars and everyone dressed top notch!  There is something for everyone with spectacular music, cars, tattoos, style and fashion, incredible vendors, burlesque and excitement everywhere! But I made the mistake of showing up early after 2 hours sleep to learn the Rockabilly Stroll at 11am. With the 110 degree heat bearing down on the pavement, 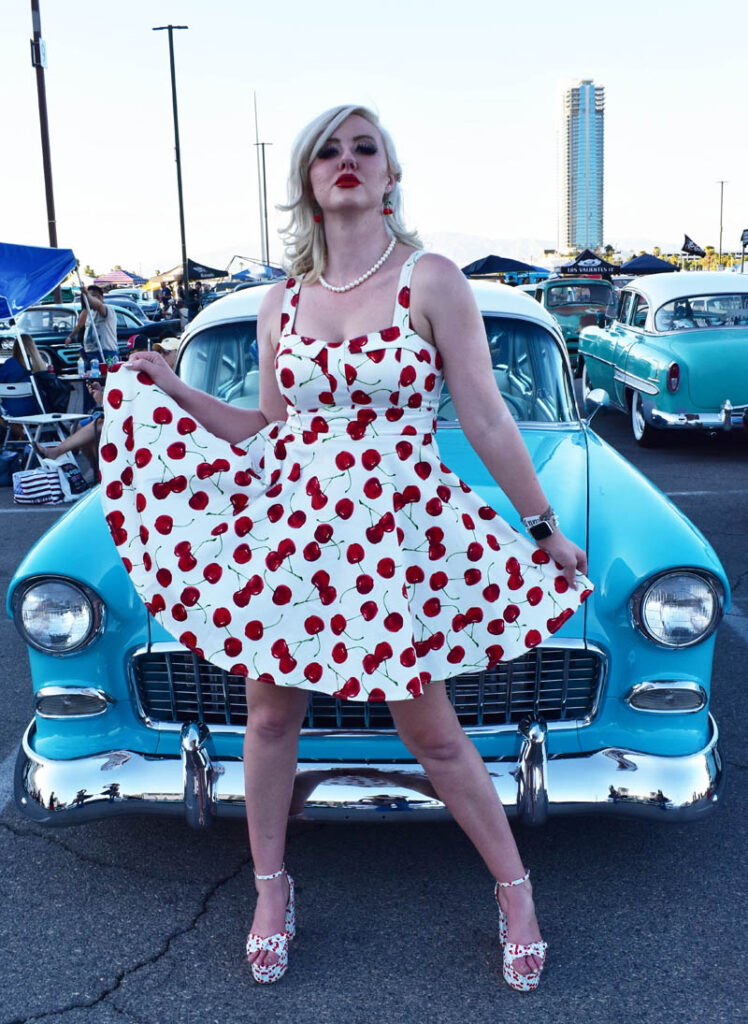 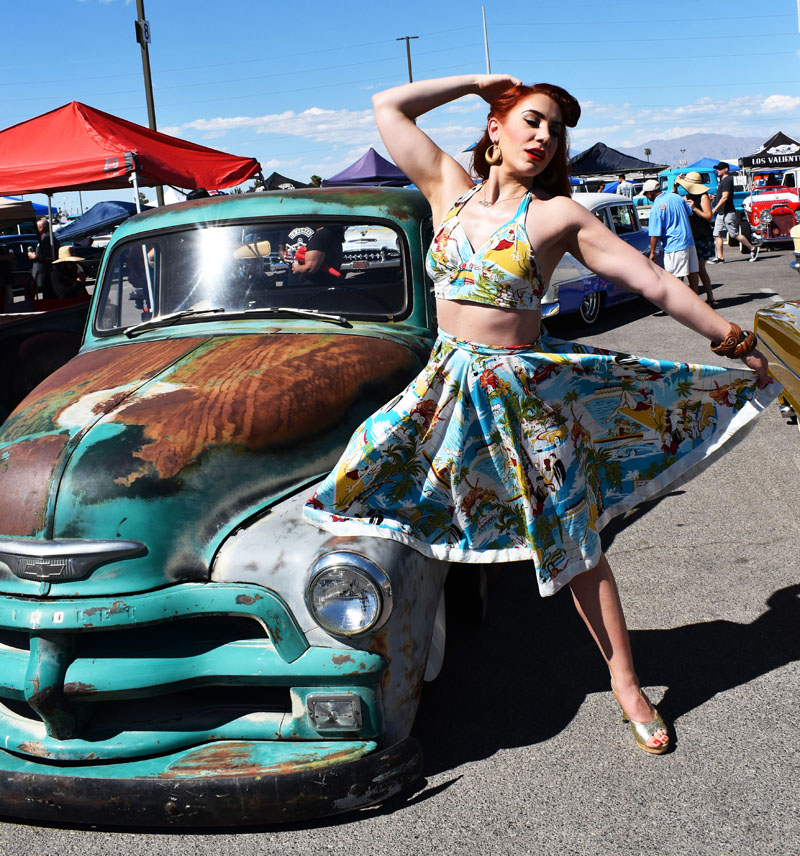 even my iced lemonade couldn’t bring me back. I drove Charlotte home and came back a few hours later after recovering to catch The Delta Bombers and Reckless Ones which I really enjoyed. 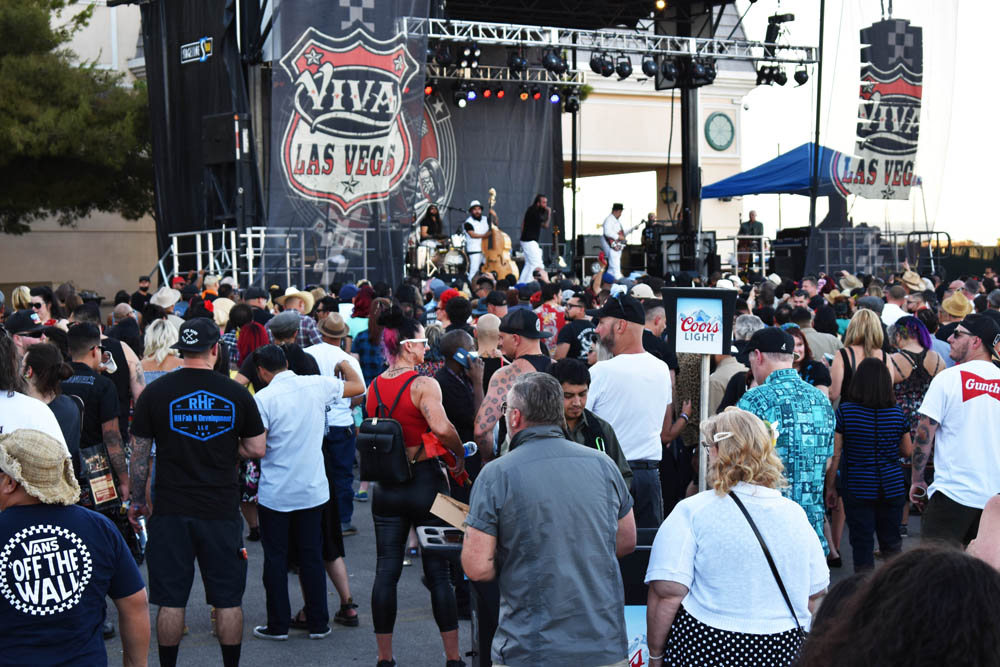 The Delta Bombers are a popular local act but Reckless Ones were a debut act at Viva from Los Angeles. Adam Burchfield and The Octanes were from Texas and they really rocked the house upstairs in the Bienville Room. I don’t know who the Stand-up Bass player was in Adam’s band but he was dreamy LOL. 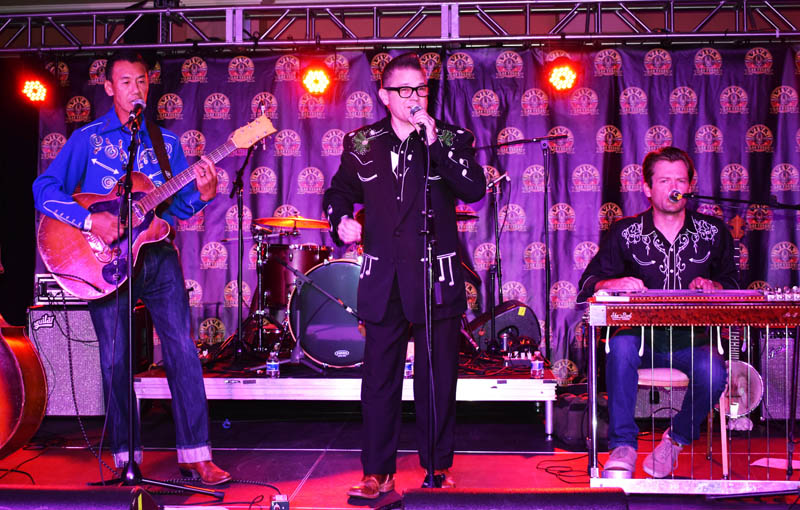 While walking through the casino I ran into Lil’ Mo from the Hillbilly Fest. I told him how much I enjoyed the show and that I loved how much personality he had onstage. “Lots of Personality but no talent” he joked and we both laughed. I asked him who the banjo player was and he said his name was Mitch Polzak. He then told me they picked up another gig that night and Mitch was going to sit in. 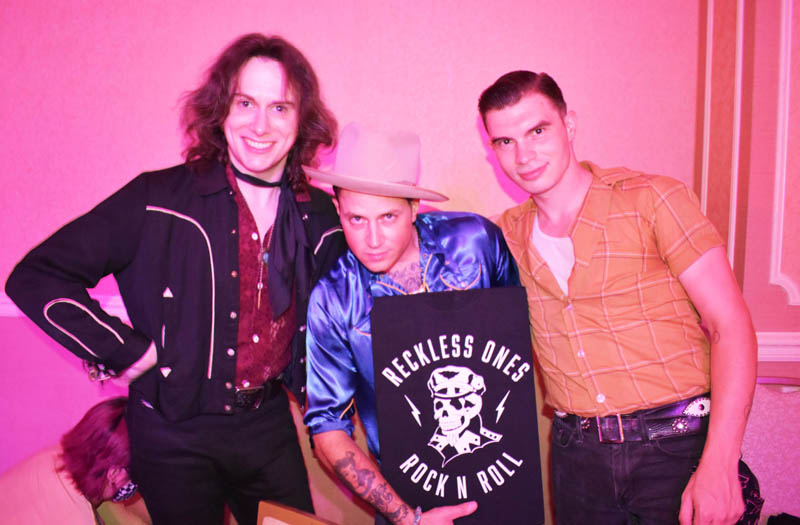 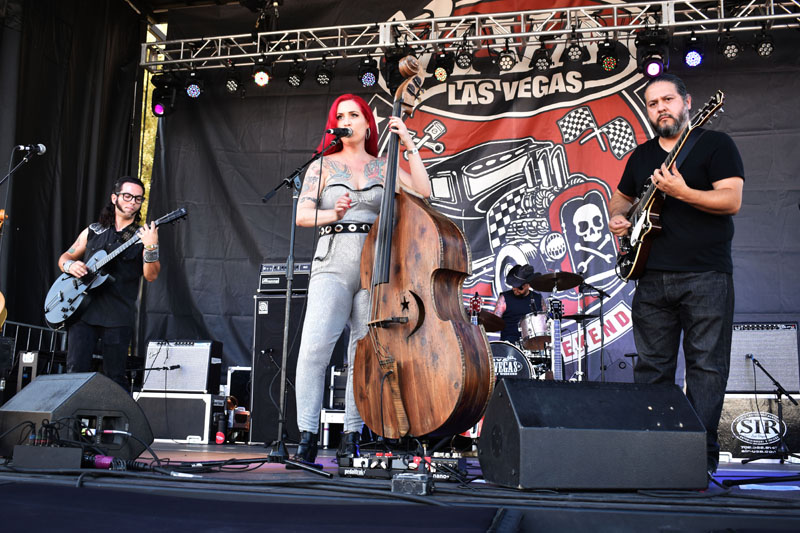 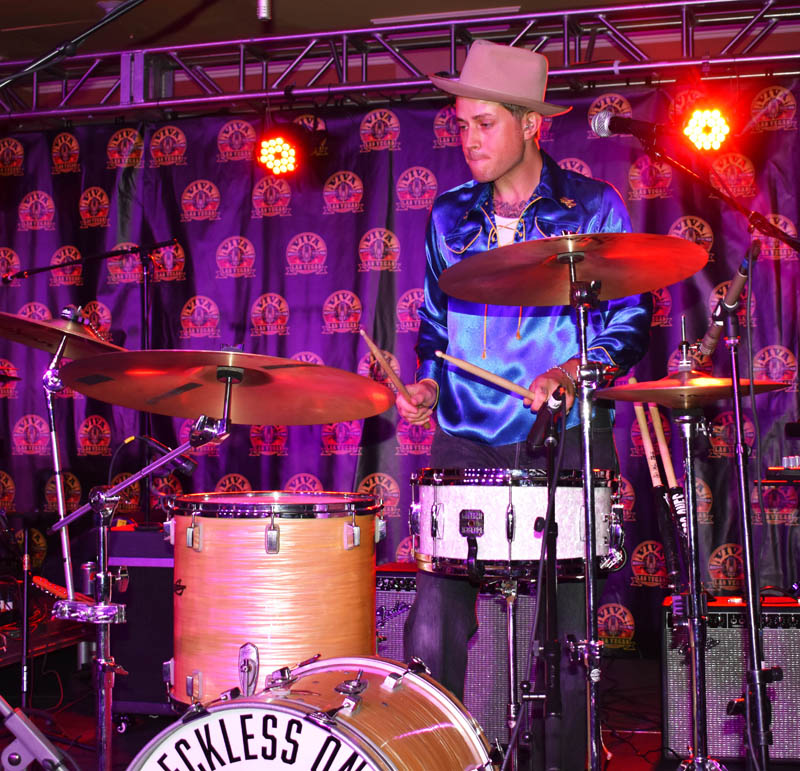 After awhile I went upstairs and in the hallway I recognized Mitch Polzak walking towards me with his wife. I stopped and stood there and stared like a stone statue as I watched him walk by. He took a couple of glances at me as he walked by as we locked eyes. I went up to him and basically fell all over myself telling him how his performance with his banjo brought tears to my eyes with the song he wrote. I then got more emotional telling him I only hope I meet a man like him someday with such heart and soul.

I also confessed his wife is the luckiest woman in the world to which he replied “Well I am the luckiest man in the world to have my wife.” “I KNEW you would say that!” I replied. And then he asked me my name as I was so busy with my pathetic schpeal  that I never even properly introduced myself. He introduced me to his wife Marlyn who was very sweet. 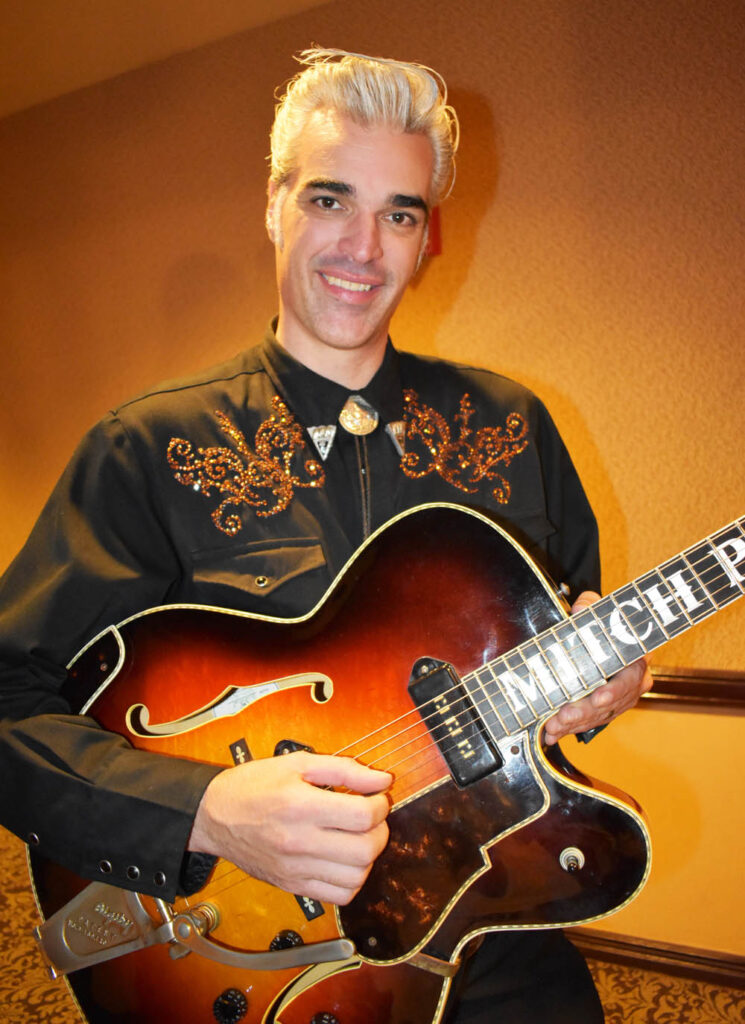 This is not the way a member of the press should act! But another reason this was so personal and emotional to me is that this man is an EXACT carbon copy of the man who pulls my heart strings at the moment. Both the same look: tall, thin, salt and pepper hair, brown eyes and the same polite, kind, demeanor. I walked away feeling like some crazed fan and with the heatstroke from that morning, I felt woozy and left early despite looking forward to the shows that night. 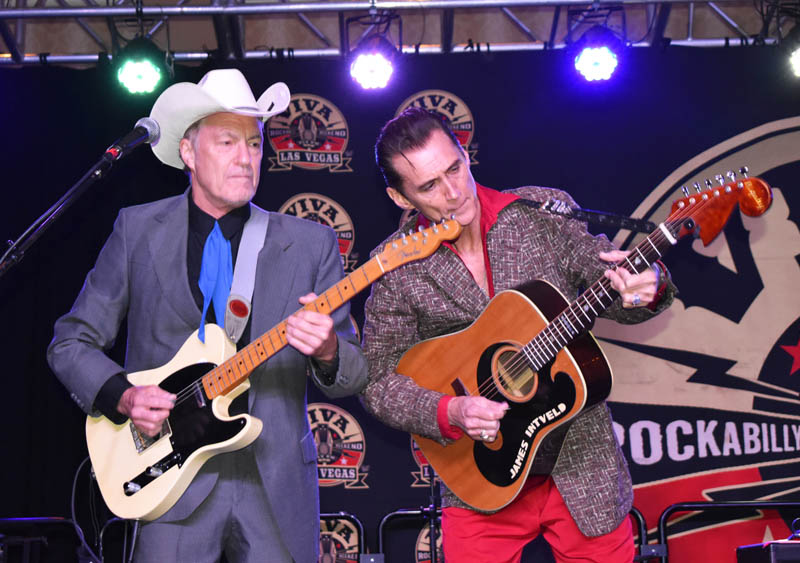 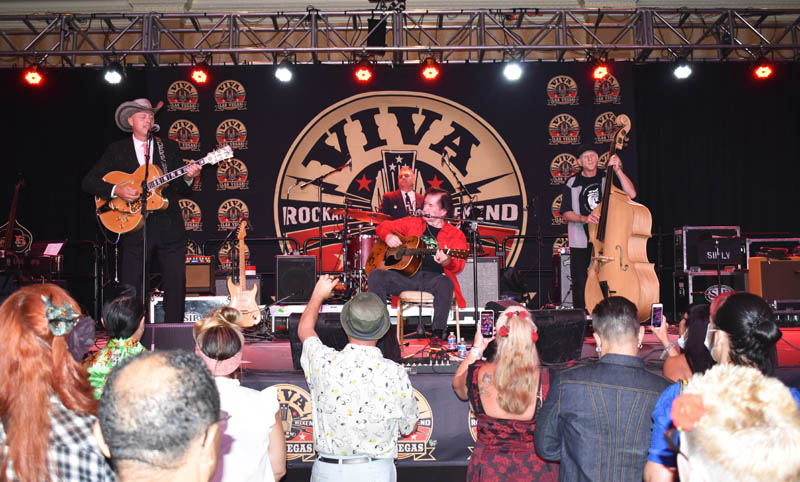 performing so I headed back to the Rockabilly excitement for the final night.”Stars of Rock-N-Roll  Show filled the ballroom which I really enjoyed. Mitch Polzak was doing a show but I didn’t know if I was up for a banjo show but I went anyway. As the music started only the drummer and bass player were onstage. Where was Mitch? Then this tall being appeared in the shadows in black satin and gold glitter with his guitar slowly making his way through the crowd. Wait! He’s a guitarist!?! Mitch took to the stage with all the charm, charisma, humor, energy and spectacular talent that is seldom seen in the music and entertainment world these days. I went over to his wife who was working the merch booth and she immediately recognized me. I told her I am not really some crazy fan and she told me Mitch really appreciated what I had to say because it was so heartfelt. To say I was blown away with this man and his performance was an

understatement.  After Mitch signed autographs and merch for crowds of fans I took some photos of him in the hall. We spoke for a few minutes and I told him I would do all I could to help him get more exposure if I could. This man is a superstar, but the world just doesn’t know it yet. Kudos to Tom Ingram for bringing this great talent to Viva!

James Intveld filled the ball room to the delight of swing dancers and fans, including me that just loves to hear this man sing and play. After his amazing performance I went backstage to say hello and thank him for being in my documentary and doing such a great job and he recognized me right away and said he wants to see the film. I know James! All of us are waiting to see it released! LOL. 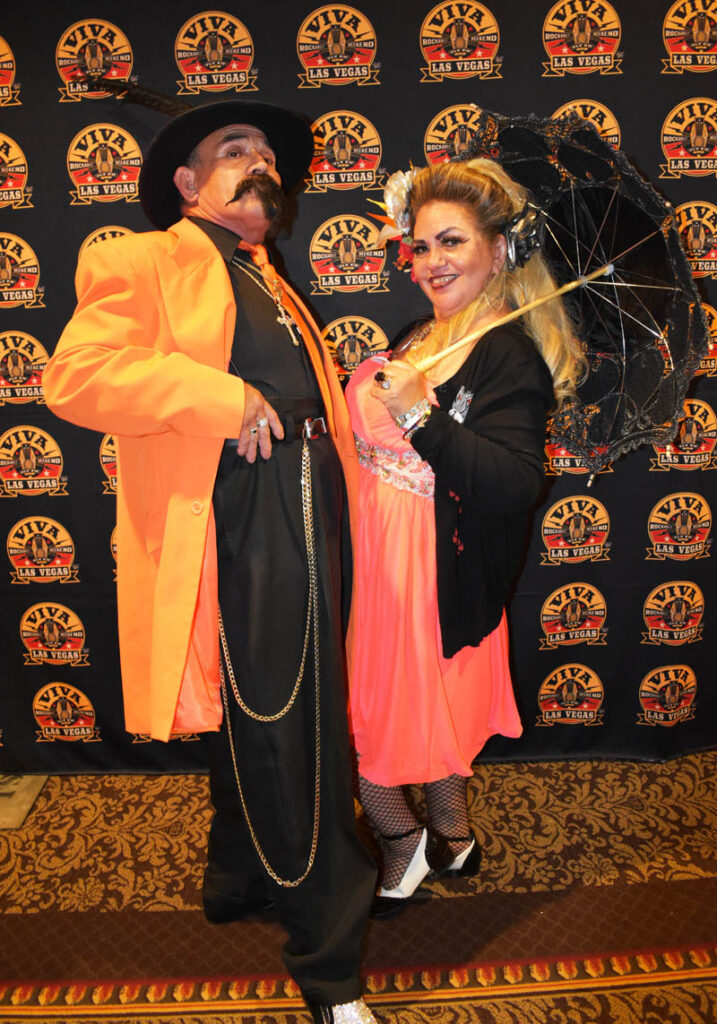 Thank you Tom Ingram for another amazing event and I can hardly wait to experience Rockabilly heaven once again! See you in April 2022!

Many thanks to Alisha Alexander who allowed us press credentials to cover this great event again this year! 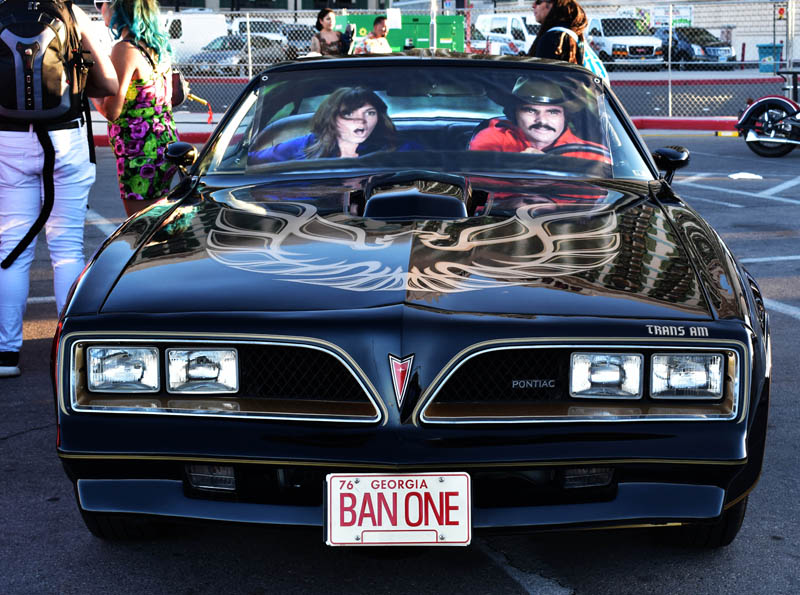 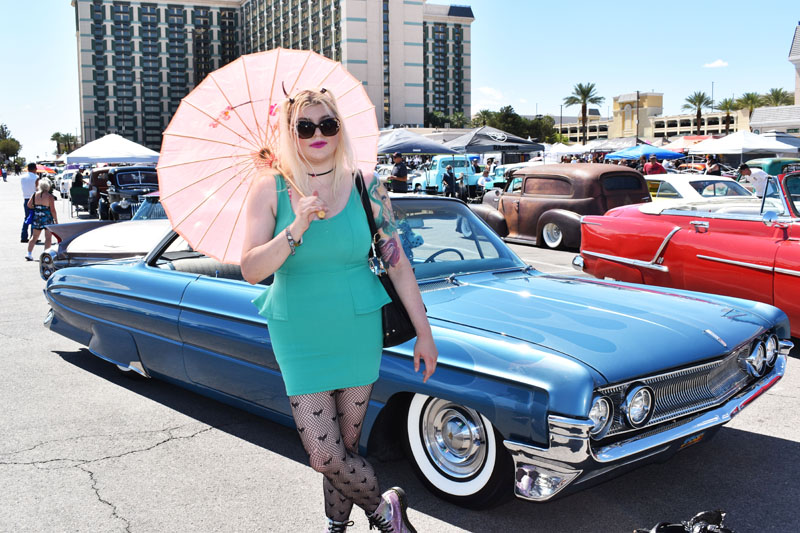 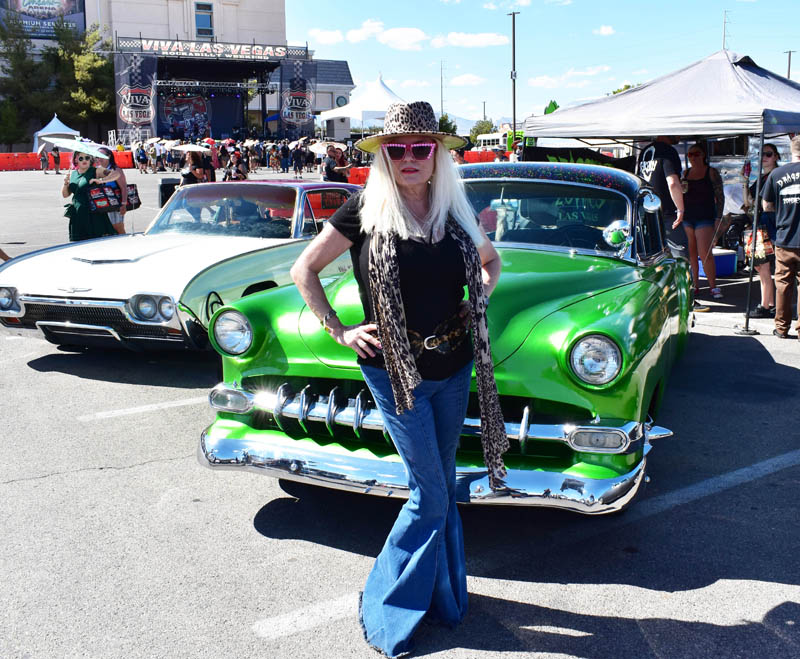